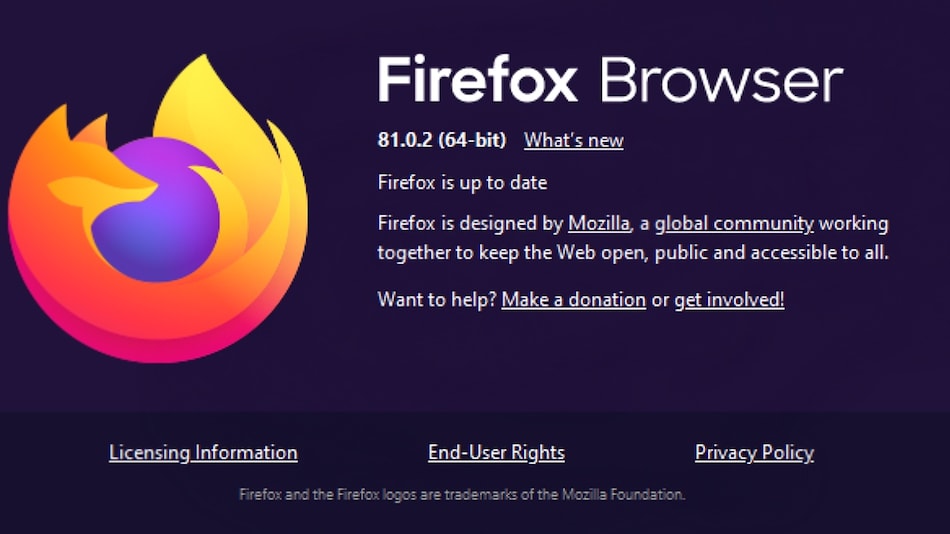 Calling the Twitter error a ‘known temporary issue,’ Mozilla said that it was fixed in the latest release

Mozilla has released Firefox version 81.0.2 for various platforms. This release fixes an incompatibility issue with Twitter that led to the micro-blogging site not loading for several Firefox users. Loading Twitter on Firefox let to a blank or error page for users. Calling this a ‘known temporary issue,' Mozilla said that it has been fixed in the latest release (version 81.0.2) and that users should update in order to fix it. The update has reportedly rolled out to the stable channel for Android, Linux, macOS, and Windows.

Firefox version 81.0.2 has been first offered to release channel users. As per Mozilla's release notes, it has fixed an incompatibility issue with Twitter that was manifesting itself with the intermittent display of a network protocol violation error page.

A lot of users opening Twitter on Firefox would see the following message: “The site at twitter experienced a network protocol violation that cannot be repaired" error. "The page you are trying to view cannot be shown because an error in the data transmission was detected. Please contact the website owners to inform them of this problem.”

Several users had raised the issue with Firefox, some of them ironically on Twitter. Mozilla had offered a temporary workaround for the issue, and is suggesting that users should try it if they are unable to update to version 81.0.2 that fixes the issue.

How to update Firefox on desktop

You can update to Firefox's latest version by clicking on the menu, then Help, and select About Firefox. In this window, Firefox will check for updates and download them automatically. Restart Firefox then, to update the browser.