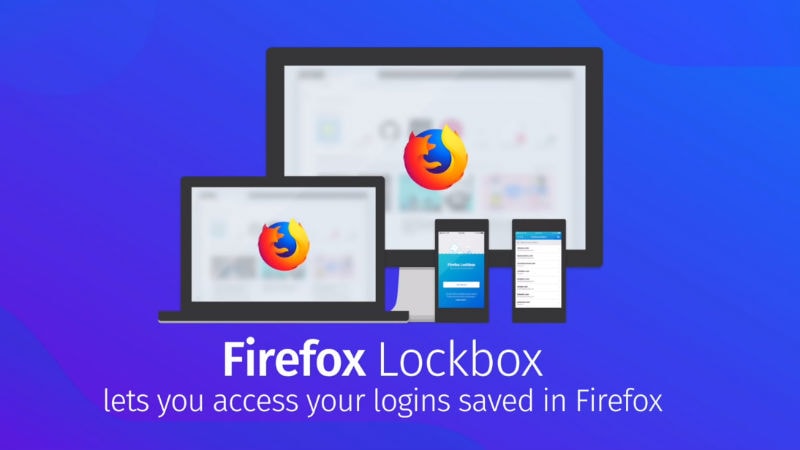 Firefox Test Pilot programme is Mozilla's way to try out some of its experimental features of the Web browser. Now, the company is extending the programme to its mobile apps as well, with the launch of Notes by Firefox and Firefox Lockbox. While Notes is a note-taking app for Android users, the Lockbox is a password manager for iOS users. Both of them are standalone apps that sync with the Firefox browser on the desktop and mobile.

Let's start with Firefox Lockbox - it is a Firefox Test Pilot experiment that gives you access to all the logins you have saved to Firefox, in an app on your iPhone. All you need to do is to log in to Lockbox with your Firefox Account, and your saved usernames and passwords will sync to the app using 256-bit encryption. This means, any password and user ID that is stored in your Web browser, for instance, login IDs for Instagram or Twitter, are automatically synced to Lockbox. This enables you to then directly log in to corresponding iOS apps.

Notably, to unlock the Lockbox app, you can use Face ID or your fingerprint. For Firefox users, the new Lockbox feature possibly holds a lot of value, as it now allows them to use Firefox's native password manager instead of a third-party app.

Meanwhile, Notes by Firefox, as the name suggests, is a note-taking app for Android. It works like Google Keep or other note-taking apps, as it stores your encrypted notes and syncs them between your mobile device and the Web browser. It does not come with a lot of fancy features so do not expect a Microsoft OneNote or similarly full-featured app. Notably, it only supports plain text and does not come with formatting, images, or other options.

The Firefox Lockbox is available on the Apple App Store as an English-only app in a few regions including Australia, New Zealand, the UK, the US, and Canada. The Notes by Firefox app is available for download on Google Play, but Mozilla says that the app is currently are under development and may be unstable.