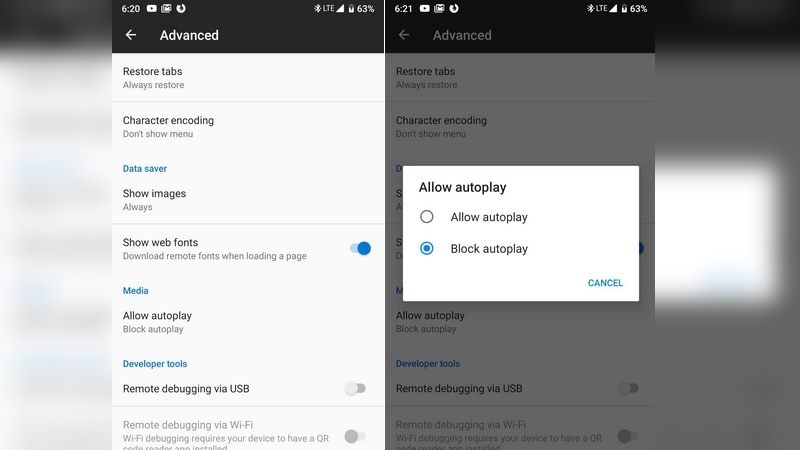 Mozilla has released the latest version of its Web browser for desktop – Firefox 66 – and it is out now as a stable build. Aside from the bug fixes and performance improvements, the new version of Firefox 66 mutes autoplaying videos by default. Additionally, Mozilla's Web-based file-sharing service – Firefox Send – is now widely available to all users on desktop and will also be made available as a beta app on Android soon. The company is also working on a new browser called Firefox Fenix that is currently in the development stage.

Starting with Firefox 66, Mozilla has started the rollout of the stable Firefox 66 build for desktop (Linux, macOS, and Windows) as well as Android. The most notable feature introduced by the new version of the Firefox browser is the ability to block autoplaying videos by default on both the desktop and mobile versions of the app. However, users can still to choose to opt out of the feature and disable it. Firefox 66's rollout for desktop client is apparently being done in a staged manner and it is expected to reach all users soon. On the other hand, Firefox 66's stable version for Android is now available widely and can be downloaded from APKMirror.

Additionally, Mozilla's Web-based Firefox Send service for sharing files is now out of beta and is currently available to all users. Firefox Send is a free, end-to-end encrypted file transfer service that supports file sharing across different browsers. It also allows users to specify when the file sharing link expires and also lets them add an extra layer of security by protecting files with a password. Mozilla has revealed that Firefox Send will be made available as a beta app for Android later this week.

Lastly, Mozilla is also working on a new mobile browser called Firefox Fenix that is currently under the development phase and is accepting code submissions on Github. The Firefox Fenix browser has been designed for Android and brings a novel tab management system called Sessions. Tabs are saved in the form of Session bundles in the Firefox Fenix browser. Once users close the app, all tabs are closed and they don't surface again when users re-open the browser. Instead, users can pick up any of Session cards to resume browsing or choose to open new tabs altogether.

Google Lookout App for Visually Challenged Now Available for Pixel Phones in US
Amazon's Alexa Has 80,000 Apps and No Runaway Hit