Moj by ShareChat Wants to Be the Indian TikTok, Gets 50 Thousand Downloads in 2 Days

Moj is only available on the Google Play store as of now and offers lip-syncing features, along with the ability to download videos. 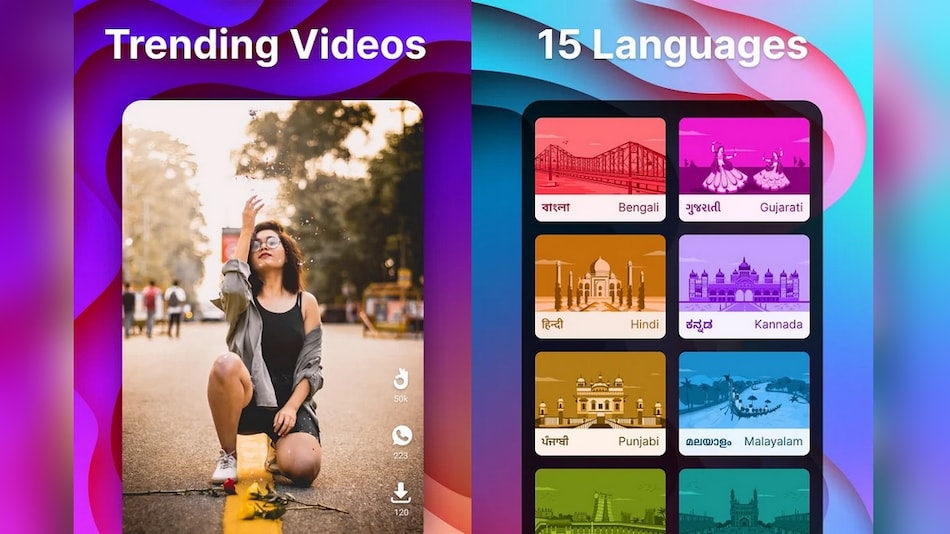 Moj, an app by Indian regional social media platform ShareChat, has been silently launched to fill in the void left by TikTok. Moj is available on the Google Play store for free and offers similar functionality to TikTok in terms of short videos, special effects, stickers, and emoticons. It allows video downloads and has support for 15 languages. In the short span of it being listed on the Play store, more than 50 thousand users have downloaded it and given it a 4.3 overall rating. The app was launched almost immediately after the Indian government banned Tiktok, among 59 Chinese apps

Moj has been developed by ShareChat, which is an Indian social media platform developed by Mohalla Tech Private Limited in 2015. Moj allows users to upload 15-second clips and beautify them with filters and emotes. There is also lip-syncing functionality in the app. The interface is quite simple and user friendly. Notably, there is no English language support in the app, just like Sharechat itself.

We reached out ShareChat for some more information on Moj but the company said it has no comment to make at this time.

What Are India's Biggest TikTok Competitors Saying About the China App Ban?

There are other Indian apps like Chingari and Roposo that have been in the short video space for some time now and have gathered a lot of attention in the recent few weeks. More recent apps like Mitron are also rising in popularity. Chingari (launched in 2018) has crossed the 50 lakh downloads mark while Roposo (launched in 2014) has crossed 5 crore downloads. Mitron, launched in April this year, has seen more than 1 crore downloads. Additionally, Zee5 also announced HiPi as its short-video platform that is said to launch before July 15.

This rising interest in Indian short video apps has been due to the ongoing anti-China sentiment and the ban of 59 Chinese apps, including TikTok. On June 29, the Ministry of Electronics and IT (MEITY) issued a release stating that under the provisions of Section 69 of the IT Act, as well as provisions of the IT rules 2008, 59 apps including TikTok, Shareit, ES File Explorer, Clash of Kings, UC Browser, and other have been effectively banned for privacy and security concerns. TikTok being one of the most popular apps with more than 200 million users in India, became the centre of attention and its removal from the Google Play store and App Store created a void in the short video space that Indian replacement apps are now trying to fill.