Modern Combat 5 Releases for Android and iOS on July 24 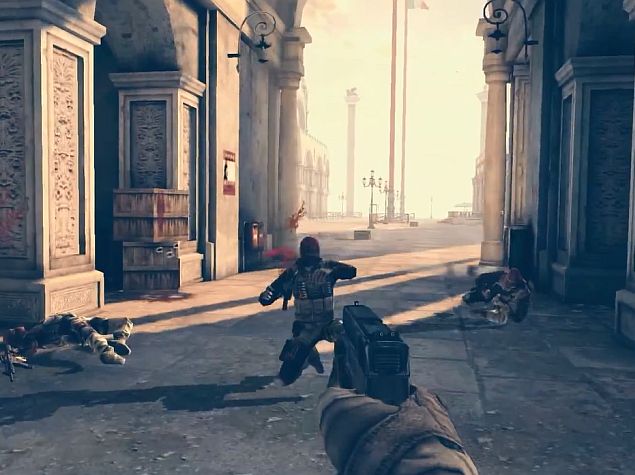 After teasing its much-awaited Modern Combat 5: Blackout at E3 2014 event, Gameloft has finally announced that the first person shooter will release on July 24 this year, and would cost GBP 4.99 (roughly Rs. 511). The game will be available for Android, iPhone and iPad.

The announcement was made on the Gameloft's UK blog post, which stated "Yes ladies and gents, it's that Modern Combat 5: Blackout news you have been waiting so patiently for. The most eagerly-awaited mobile/tablet FPS of 2014 now has an eagerly-awaited launch date: Modern Combat 5: Blackout will be released on the 24th July 2014! It will cost £4.99 at launch and will contain No IAPs."

Modern Combat 5: Blackout is the latest instalment in the first person shooter franchise for mobile, and includes four character classes - heavy, recon, assault and sniper. The game would also feature spec-ops missions that would let users perform different objectives like covering allies, clearing a building, eliminating a single target, and much more.

First introduced in April, the story of Modern Combat 5: Blackout will commence from Venice, Italy where the main character, Phoenix, is sent on an operation to "secure a transport of WMDs" to prevent attacks from a group of terrorists.

Gameloft adds that Modern Combat 5: Blackout will have players set on a globe-trotting adventure, including Tokyo, where Phoenix is said to fight in a total anarchy situation.