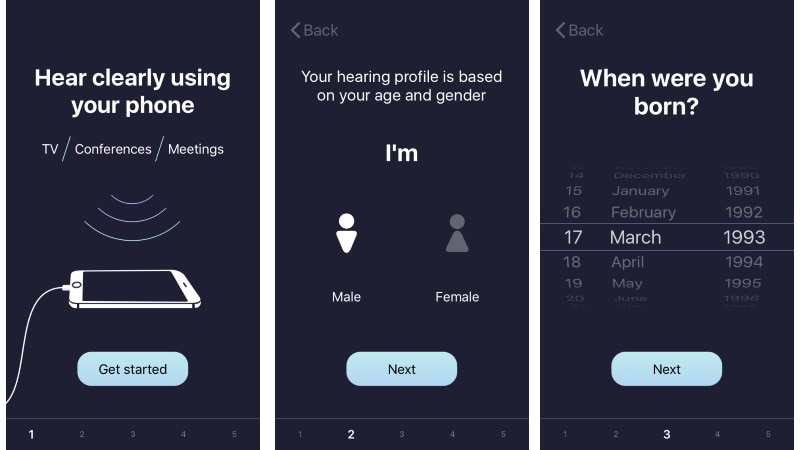 Loss of hearing can obviously can be a problematic thing and now there is a new app, called Mobile Ears, which uses the microphone on a user's smartphone or tablet to provide a possible solution. Notably, this new app claims to specifically help those who suffer from mild to moderate hearing impairment (25 to 60dB hearing level) by amplifying the sound and reducing ambience, when having a one-on-one or group conversations.

Mobile Ears, which is already available for free on App Store, uses a speech amplification technology that allows users to hear everything clearly despite background noise or number of people in the room, Listen AS, the company behind the app said in a statement. "Mobile Ears is a convenient and free app-based solution for millions of Indians who have a mild to moderate hearing impairment and can benefit by making the sound loud and clear when having a one-on-one or a group conversation," it said.

We tried to test the Mobile Ears app to figure out if it is actually as helpful as the company has described it to be. The app looks to adjust the hearing level according to the gender and age of the listener. We want to clarify that we don't suffer any kind of hearing-related problems but the app seemed to work impressively. The ambient noise reduction by the Mobile Ears was actually able to improve the hearing quality through the earphones. Notably, Mobile Ears is currently available only on iOS and is compatible with iPhone, iPad, and iPod Touch.

Considering that hearing aids are usually quite expensive, there is no doubt that the new free app on iOS is a great option for those who suffer from this condition. However, the real test for the app will be feedback from a wider set of users where we can get an idea if this app is actually a game-changer.

Samsung May Not Be Working on a Bixby-Powered Amazon Echo Competitor After All
Snapchat Gets ‘Stay Tuned’, a 3-Minute News Show Produced by NBC News