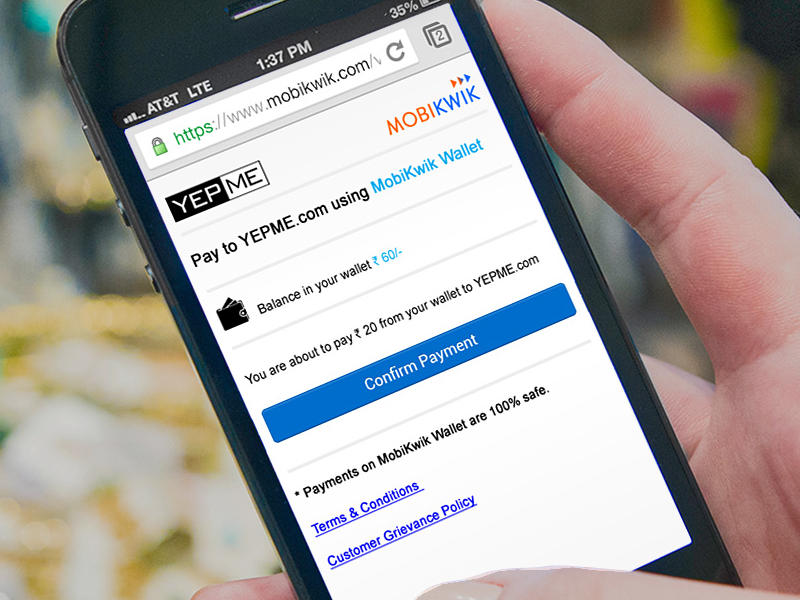 MobiKwik announced Tuesday that it has opened up access to its patent-pending Power Wallet interface, and following its integration with IRCTC, OYO Rooms, PVR Cinemas, Zomato, Meru Cabs, and Big Bazaar.

MobiKwik claims that the Power Wallet integration provides merchants a near-100 percent success rate when processing payments on a mobile wallet, compared to the industry average of around 60 percent.

Power Wallet can be integrated across the retailer's website, mobile website, apps, and offline point-of-sale terminals. MobiKwik claims to provide a superlative transaction experience even if there's a sudden surge in traffic on the retailer's platform.

Post integration, no re-direction to MobiKwik is required on the retailer's products, as users get to make the payment from within the retailer's platform. Users need not enter their credentials repeatedly for subsequent payments, as MobiKwik's Power Wallet provides a one-time user authentication process, the company said.

"The scalable interface is easy to integrate across multiple retailer platforms and is an ideal solution for merchants looking for a quick-to-deploy, omni-channel digital payment mechanism," said Bipin Preet Singh, Founder & CEO, MobiKwik in an emailed statement.

A number of payment processors have been in the news lately for filing interface and feature patents. FreeCharge had filed a patent for its technology that does away with the one-time-password requirement in late 2015, whilePayUbiz had launched its patent pending 'one tap' technology, which brings a major reduction in mobile payment transaction time.

There's a Bit of The Last of Us in Final Fantasy XV
Acer Unveils Laptops, Chrome OS Machines, and a Tablet Ahead of CES 2016