Mitron App Crosses 50 Lakh Downloads on Google Play Store — Is This a Challenger to TikTok?

The Mitron app was reportedly developed by an IIT Roorkee student, Shivank Agarwal. 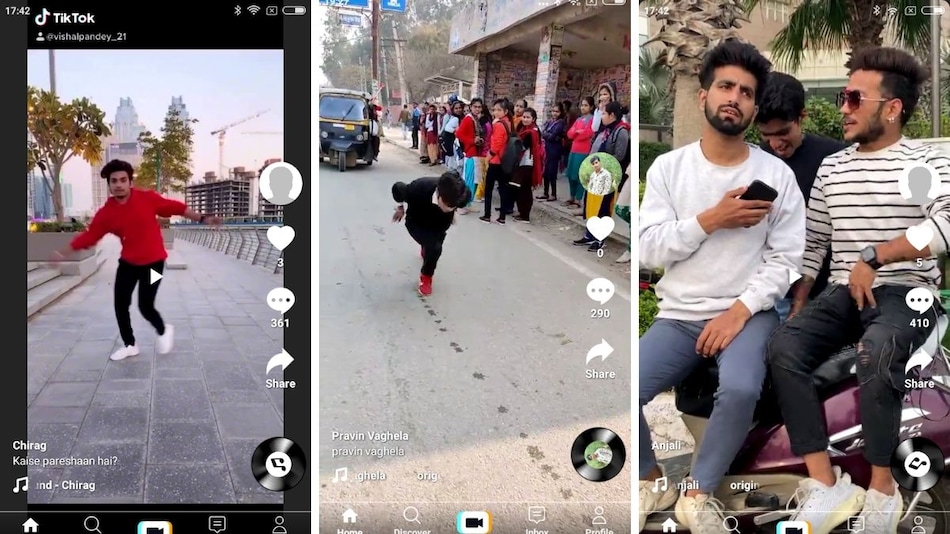 Mitron App is only available for Android devices

Mitron is a new Indian TikTok competitor that has rapidly gained in popularity becoming one of the most popular in the country in a very short amount of time. Released just over a month ago, the app has crossed 50 lakh downloads, gaining ground at a time when TikTok is facing a crisis in India from multiple controversies. And at a time when anti-China sentiment is at a high point, you'll also see reviews which give Mitron high ratings, saying, “Lots of bugs. Missing tons of features. Supporting as its Indian.” The app has reportedly been developed by IIT Roorkee student Shivank Agarwal, and at first glance, it looks just like a clone of TikTok.

At the time of writing, Mitron is at the number seven spot of Free Apps on the Google Play charts, ahead of Instagram, Helo, and Facebook. It falls behind TikTok (number two) and Aarogya Setu (in the top place) although on Monday it was at the number two spot as seen in this tweet by Deepak Abbot, a former Senior Vice President of Paytm. The app itself doesn't seem to offer anything that stands out so much, but a combination of good branding (using a word that means friends in Hindi, and is also extremely familiar in India as it is often associated with Prime Minister Narendra Modi), and anti-TikTok sentiment could be its moment in the Sun. The question is whether this can last — since it has apparently already started to lose a little momentum in 24 hours.

Aside from that, although user reviews are very positive — the app has a good 4.7 rating right now — the actual content of the reviews is much more critical. As many users have pointed out, there are lots of bugs, basic features like editing aren't supported, login options are buggy, and adding audio is limited. Despite this, most reviews start with “I am glad this is an Indian platform.” The question is whether the developer can use this early momentum to now add the features quickly, or whether the users will lose their patience and switch to another app.

What is Mitron App?

The Mitron app is a free short video and social platform. The creators say that the app is designed for people to “showcase their innovative videos inline” with light humour. “Our mission at Mitron is to create a platform where people can come and entertain themselves with small videos posted by people across the globe and at the same time create a social incentive for people to share and create their own videos,” the description reads. When we tried the app, the user interface looked identical to that of TikTok's. There's not much to differentiate it in terms of content either, and (like most popular social media apps today) you'll find videos with the TikTok logo on them in the Mitron app.

The app within a month of its launch has crossed over 50 lakh downloads on Google Play. One possible explanation over the app's growing popularity could be anti-TikTok sentiments in India, especially after the Faizal Siddiqui row last week. Due to this and several other controversies, TikTok app has seen a flood of 1-star reviews on Apple App Store and Google Play Store. Similarly, the name of the app itself is huge traction for many Indians as the term, Mitron (meaning friends) has been widely used by PM Modi over the years.

How to use Mitron app?

Another reason for its growing popularity could be the app's super easy and friendly interface, just like TikTok. Similar to TikTok, users can download the app and watch videos without the need for an account. However, to upload and like videos, users will need to log in on the app.