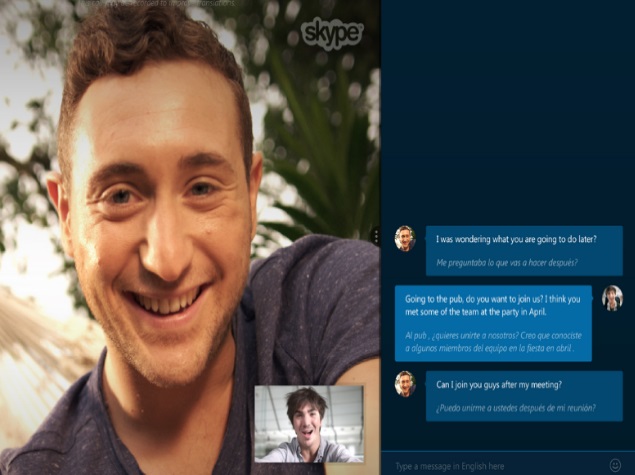 "Today, we are excited to announce the first phase of the Skype Translator preview program," said Microsoft's Gurdeep Pall.

"The preview program will kick off with two spoken languages, Spanish and English... Skype Translator will open up endless possibilities for people around the world to connect, communicate and collaborate; people will no longer be hindered by geography and language."

The program had its first trial with school children in Mexico City and their counterparts at a school in Tacoma, Washington.

"One classroom of children speaking Spanish and the other speaking English, Skype Translator removed this language barrier and enabled them to communicate," Pall said.

"Skype Translator relies on machine learning, which means that the more the technology is used, the smarter it gets. We are starting with English and Spanish, and as more people use the Skype Translator preview with these languages, the quality will continually improve."

"The preview program will kick-off with two spoken languages, Spanish and English, and 40+ instant messaging languages will be available to Skype customers who have signed-up via the Skype Translator sign-up page and are using Windows 8.1 on the desktop or device."

The service will also be available for Windows 10 Technical Preview users. Microsoft announced in May what it called a breakthrough in real-time voice translation, saying it fulfils a vision of the "universal translator" in the Star Trek science fiction series.