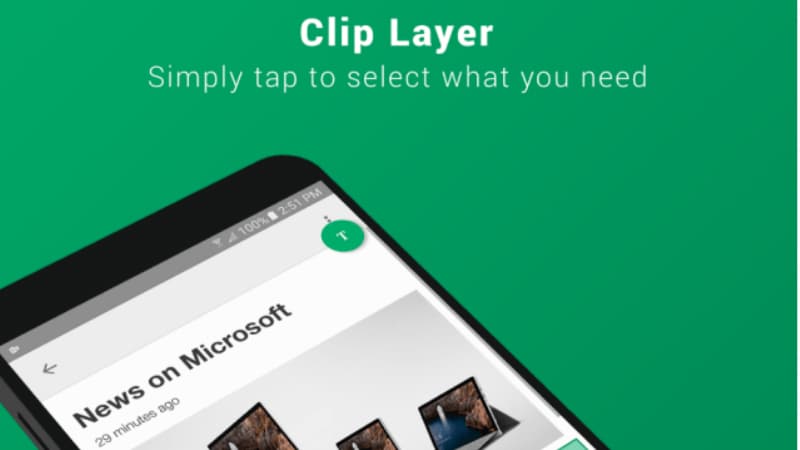 Microsoft's Garage Team has launched a new app for Android users called Clip Layer. The app essentially allows you to copy text from any screen - including ones that don't allow selection - and paste it in any third-party app of your choice.

The Microsoft Clip Layer app is 1.64MB in size and is available via Google Play. It works similar to Universal Copy, but seems simpler to use. On installing Clip Layer, it takes over as your assist trigger, which means long pressing your Home Button will now trigger the app and not 'Now On Tap' as is the case on many Android smartphones. If that is not too much of a loss, then Clip Layer is a useful app to have on your smartphone.

On triggering Microsoft's new Clip Layer app, the entire text on the screen is read and is enabled for copying. The user can select the different text areas it wants to copy on the screen and then select the 'T' button on the top right edge to see what they have selected. This selected text can then be copied to the clipboard, and then pasted to friends on any IM app, shared on Facebook, or saved as a snippet for later use.

It's worth noting that Pixel users will lose their ability to trigger Google Assistant by long pressing the Home Button, if they decide to activate Clip Layer on their smartphones.