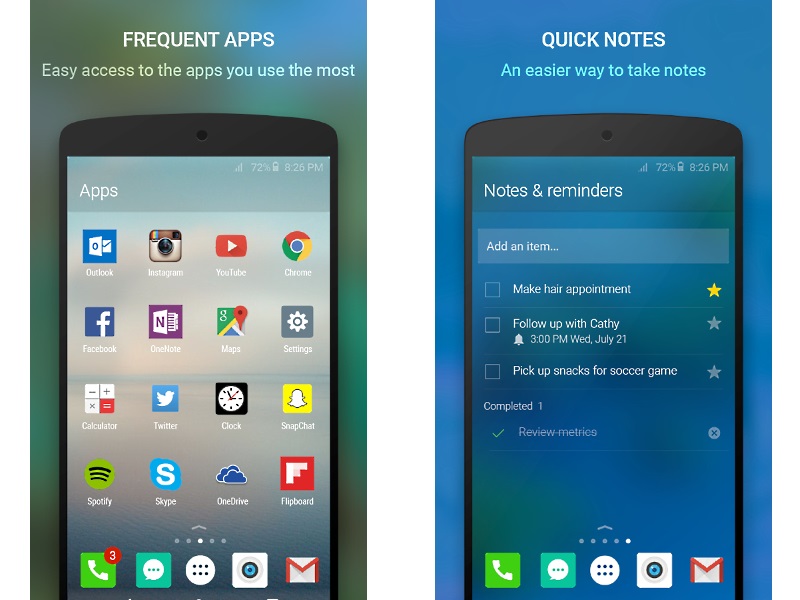 Microsoft's Garage project has released several Android apps including Keyboard for Excel, Send, Parchi, and Next Lock Screen apps which have been developed by the company's community of interns, employees, and teams who come together to turn ideas into real projects.

Another Android app from stables of Microsoft's Garage project is now available to download via Google Play. Notably, the Arrow Launcher app was made available in a private beta since July.

Microsoft's Arrow Launcher is the company's attempt to simplify and personalise the home screen and launcher. The Arrow Launcher automatically arranges apps based on usage as well as sorts contacts based on history. The Android launcher from Microsoft also comes with integrated reminders and also includes Recent tab to get back to recent photos, file downloads, app installs, and even dropped calls.

The Google Play listing notes that Arrow is available worldwide but currently only supports English and traditional and simplified Chinese languages.

In our brief usage of the Arrow Launcher, it reminded us of Aviate, an Android launcher by Yahoo, but there were some noticeable differences. At 4MB, Arrow Launcher consumes minimal resources and once installed, it divides home screen into three different segments: People, Apps, and Notes, and Reminders. During our limited use, we were rather pleased with its offerings. Although it didn't support swipe features as Nokia's Z-Launcher which many users would like, and also didn't let you add more pages, its current feature lineup still makes it exciting.