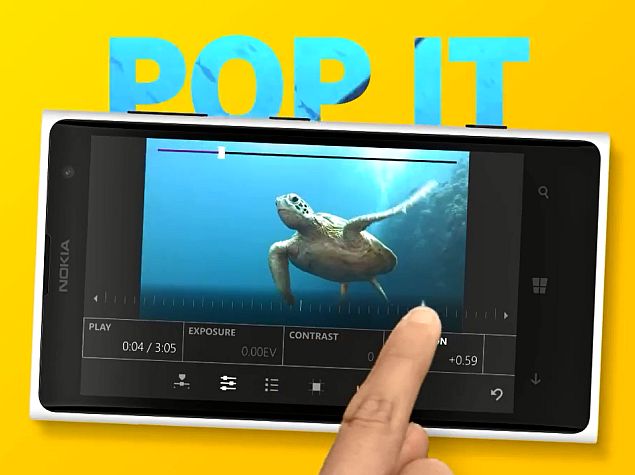 The Video Tuner app for Windows Phone 8.1 brings some more video-editing tools over the ones that are already available in Microsoft's Movie Moments app. Features like cropping, trimming, mirroring, and flipping are included, alongside the options to add music and video filters. To be note however, is that MixRadio and Xbox Music files are not supported by the app.

Available from the Windows Phone Store, the Video Turner app also sports adjusting exposure, contrast, and saturation tweaks. Microsoft has also introduced a speed-change option in the app, which is thought to be in response to the iPhone 5's slow-motion video feature. The edited videos can be shared to popular social networks and can be stored in the Microsoft's OneDrive cloud storage.

Microsoft has been trying to bring more apps to the Windows Phone Store, apart from pushing for existing app updates, like the recently introduced BlackBerry Messenger (BBM) app under private beta.