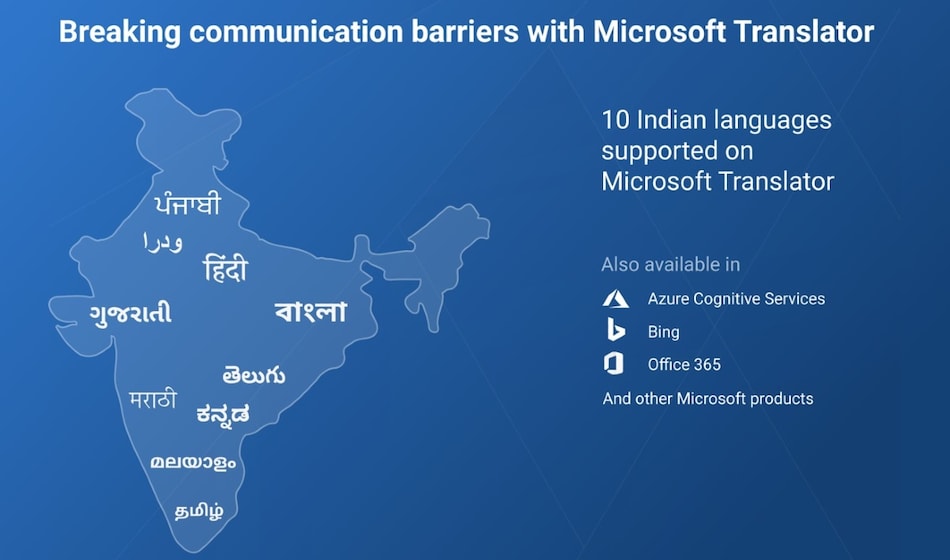 Microsoft already offered support for Bengali, Hindi, Tamil, Telugu, and Urdu. Microsoft Translator app not only recognises and translates languages from text and speech, but even photos. These new languages will be offered to businesses through Azure Cognitive Services API collection of machine learning and AI algorithms as well.

“We're committed to empower every Indian and every business in India by bringing the power of AI into their daily life,” said Sundar Srinivasan, General Manager, Microsoft India (R&D) Pvt. Ltd in a statement. “Microsoft celebrates the diversity of languages in India and wants to make the vast internet even more accessible. We have supported Indian languages in computing for over two decades, and more recently have made significant strides on machine translation across languages. With this release, we are bringing in cutting edge machine learning tech to democratize access to information for everyone in India.”

The Microsoft Translator app can be downloaded via the Google Play Store, App Store, and through the Microsoft Store.