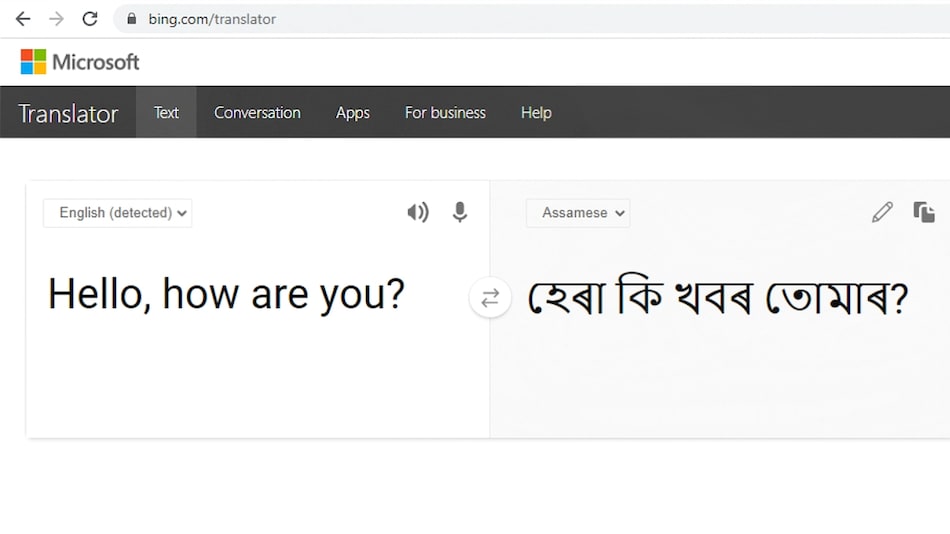 Through Microsoft Translator, users can translate text and speech into Assamese and vice-versa

Microsoft is adding Assamese on Bing, Office, and the Microsoft Translator website, as well as the Microsoft Translator app for Android, iOS and Windows. Powered by Azure Cognitive Service Speech, the service will now provide real-time translation and transliteration support for the language. Microsoft said it aims to democratise the access of information in native languages. As per the company, it is currently the only cloud service to provide Assamese translation.

“Breaking language barriers is a key step in enabling inclusion of more people and organizations to utilize technology to achieve more,” Sundar Srinivasan, general manager (AI & Search), Microsoft, said in a statement. “As part of our mission to remove language barriers, particularly in India, we are happy to announce the release of translation for Assamese to add to the set of 11 Indian languages already supported.”

“It can help general users interpret real-time conversations, menus and street signs, websites, and documents. Companies can leverage it to globalize their business and strengthen customer outreach,” the company added.