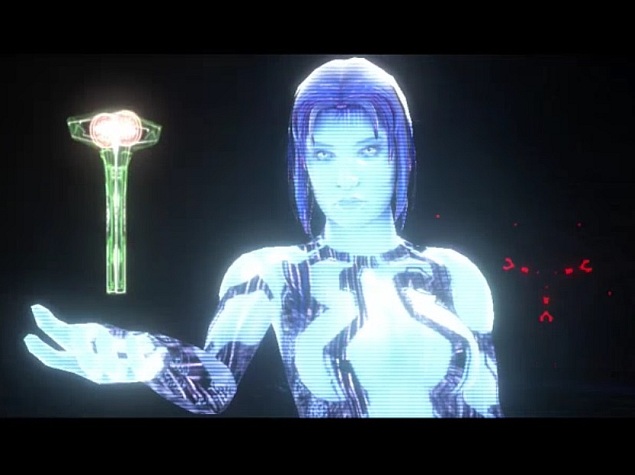 Additional information has reportedly been revealed about Microsoft's rumoured voice-assistant expected to act as Siri's counterpart in Windows Phones - Cortana.

According to MFSTNerd, the Twitter handle of a purported Microsoft source, the proposed voice-assistant is said to reach Nokia Lumia models by April this year and will be voiced by Halo's Jen Taylor, who is the voice behind the game's artificial intelligence (AI) character, Cortana.

Microsoft has been rumoured to be working on its voice-assistant feature since September, based on the character of the firm's own published gaming title.

It has been also speculated that Cortana might arrive with the latest Windows Phone 8.1 OS for smartphones. Last month's report revealed that the Redmond-based company is gearing up to ship its upcoming Windows Phone 8.1 with two new features - a notification centre that can be accessed by swiping down from top of the screen, just like Android and iOS, apart from a voice-based assistant believed to be codenamed 'Cortana'.

It's worth pointing out that Windows Phone already offers the TellMe voice-based assistant, although it's nowhere close to Apple's Siri or Google Now in terms of functionality and accuracy. It is yet to see what Cortana has in store for the Windows Phone users.