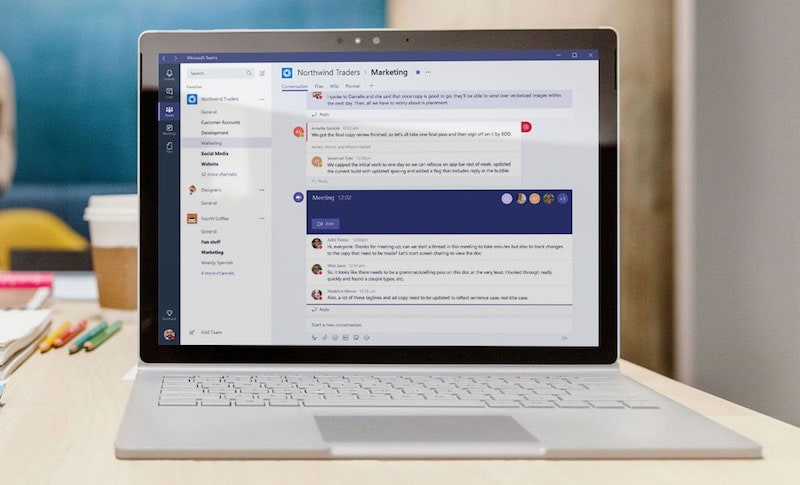 Microsoft Teams, a messaging service targeted at businesses, is now rolling out to Office 365 subscribers across the world. Microsoft Teams competes against Slack, which is one of the most popular services in this space.

If you’re having trouble wrapping your head around what Microsoft Teams is, then try imagining a messaging app where you chat with your colleagues. In a blog post, Microsoft announced that Teams is now available in 181 countries and 19 languages.

Microsoft claims that over 50,000 organisations have started using Teams. The company says firms such as Accenture, Deloitte, and J. Walter Thompson are among Teams users.

Office 365 has over 85 million users, according to Microsoft, and it appears as if many of them are using Teams. The service shipped with threaded messaging, a feature that Slack added only recently. Teams has features such as the ability to use Markdown, that Slack does not, but Slack has been around for longer and holds the edge overall in terms of features.

Those who use Office 365 every day might want to use Teams as it offers excellent integration between the two Microsoft services. Apps such as Word, Excel, and PowerPoint are integrated with Teams and that offers a better experience for heavy Office 365 users.

Microsoft Teams is working on integrations with third-party services such as Trello and that seems like one of those areas where Slack is definitely better. However, Teams was only launched towards the end of 2016 and it’ll take some time to attain feature parity. Microsoft has the resources to make that happen.

The company said in the blog post that going forward, users can expect to see “guest access capabilities in June along with deeper integration with Outlook and a richer developer platform”. The company signed off the post with an enthusiastic statement, “Expect our pace to be rapid and responsive to customer needs.”

The Matrix Is Said to Be Getting a Reboot
Intel Bets on Selling Mobileye Data, With Maps a First Test