This feature is available on the latest Microsoft Teams client for Windows and Mac. 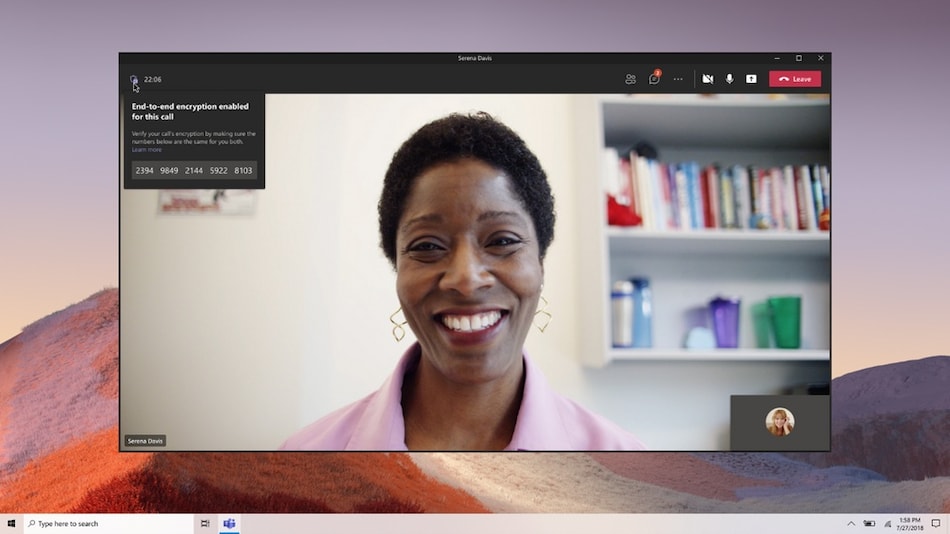 Microsoft Teams one-on-one calls are getting end-to-end encryption (E2EE) on the platform, the company has announced. This update intends to enhance the security and privacy of the calls. IT admins will now be able to integrate and control this feature in their organisations. Announcing the general availability of E2EE on Teams, John Gruszczyk, a technical product marketing manager for Microsoft, commented, "Multiple enterprise customers in the US and Europe across industries such as aerospace, manufacturing, telecommunications, and professional services are in the process of rolling out E2EE for Teams calls”.

Microsoft points out that E2EE will have to be first configured by the IT department of an organisation. The IT department will then have the option to enable E2EE for select users. Only then will Microsoft Teams users get the option for activating E2EE in their settings. However, IT admins will still be able to disable this feature at their discretion.

E2EE is primarily available for unscheduled one-to-one calls and both users will be required to enable it for the call to be encrypted. With this feature, only the real-time video and voice data flow between two users is encrypted via E2EE. The text chat, file sharing, presence, and other content in the call will be encrypted in Microsoft 365.

The new feature will add to the security of one-to-one calls, but certain features will get disabled if it is triggered. Users will not be able to record their calls with live captions and transcription also turned off. The ability to transfer calls to another device or add participants to one-to-one calls will also be inaccessible. Additionally, call transferring, parking, and merging features will be unavailable.

E2EE has been made 'generally available' with the latest update of the Microsoft Teams for desktop available for Windows and Mac users. Microsoft had announced the public preview of the feature for its voice- and video-calling platform in October.