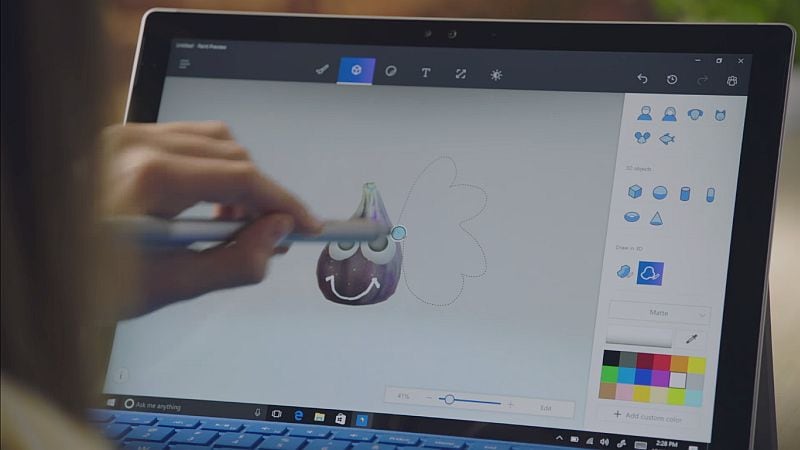 Microsoft, as expected, at its 'What's next for Windows 10' event on Wednesday in New York made several announcements such as unveiling a new Surface Studio all-in-one, an upgraded Surface Book, and a new release called Windows 10 Creators Update. The Redmond giant at the event also announced a new version of the Paint app which was long-rumoured to get an update. The company says that Paint 3D app is part of its "vision for bringing 3D to everyone," something it began with the HoloLens.

With Microsoft's latest Paint 3D Preview app, users will be able to interact the captured objects in 3D via a smartphone camera. The feature will be available soon on Windows 10 Mobile devices and it will be coming to iOS and Android.

"Take an object from the real world, capture it in 3D, edit it in Paint 3D, share it out to the web, bring it back into your world as a hologram or take it into a virtual world," writes Megan Saunders, General Manager, Windows Experiences Group, in a blog post. "We are also making it easy to create in 3D from scratch," he added.

Alongside, Microsoft also announced Remix 3D which is a hub for connecting with content and creators with over a million 3D objects and models that can be repurposed for creations.