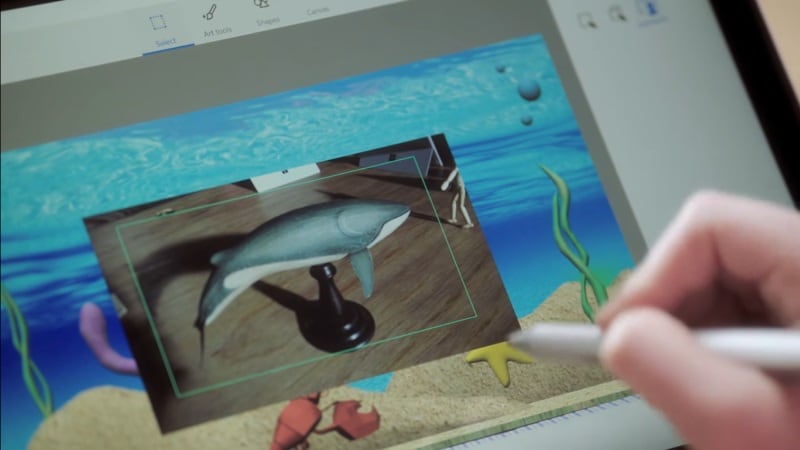 Paint 3D, put simply, allows users to make their paintings in 2D as well as 3D using various tools at their disposal. Even though the app doesn't introduce a breakthrough technology, because of its simplicity and easy controls, it can be termed as a 3D painting tool meant for use by a wide range of users.

Starting with Windows 10 Insider Preview build 14971, every build of Windows 10 will carry the Paint 3D app and opening the paint app will take you to the Paint 3D preview app, the company said in a note regarding the release. As of now, both the app and the Remix 3D Preview, its online community for Paint 3D users, are only available in English but support for other languages will be coming soon as per Microsoft.

Apart from the revamped Paint app, the Windows 10 Insider Preview build 14971 brings along the capability of reading e-books in the EPUB format to Microsoft's Edge browser.

"When you open an unprotected e-book in Microsoft Edge, you will be taken into a customisable reading experience where you can change the font and text size and choose between 3 themes: light, sepia, and dark. As you read, you can leave bookmarks. To navigate through an e-book, you can use the table of contents or seek bar at the bottom of the browser. And you can also search for words or phrases and use Cortana to define specific words," the company said in its release note.

With Windows 10 Insider Preview build 14971, the company has also made PowerShell the defacto command shell from File Explorer. The preview build further comes with other bug fixes for the operating system as well.

The build is available for the Windows Insiders who are part of company's Fast Ring to check the features in latest builds of Windows as soon as they are made available by the company.