iPad users will also be able to drag and drop contacts from Search to the recipients list in the Microsoft Outlook update. 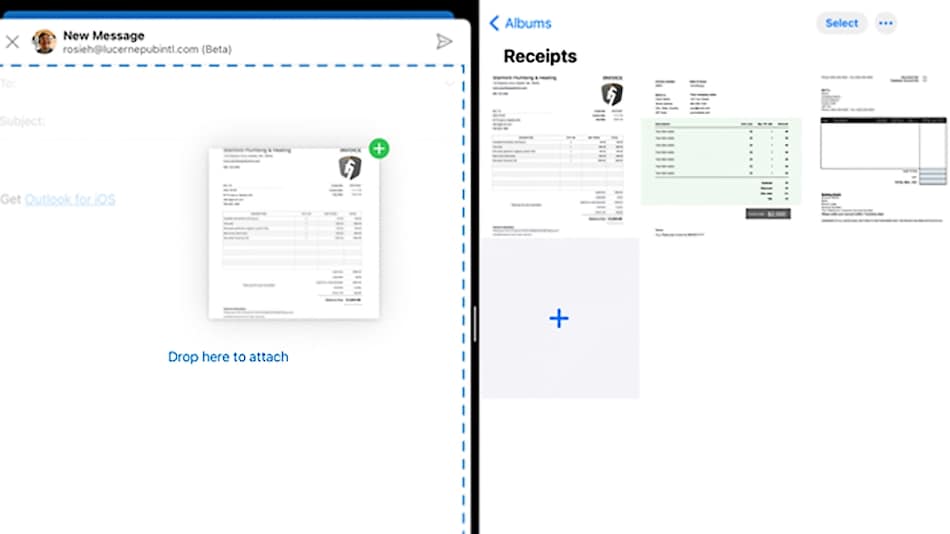 Microsoft Outlook has received an update on iOS to bring support for dragging and dropping between apps on iPad, using Split View. The update takes the app to version 4.60.0. Users can attach files and images by dragging and dropping them from OneDrive, Files, Photos, Safari, and Outlook email attachments while using Split View on the iPad. Besides that, it is also possible to drag and drop contacts from Search to the recipients list thanks to the update.

This addition by Microsoft will make it easier to multitask on Outlook app for iPadOS. The update has begun rolling out and the new feature finds a mention in the changelog of the same on the App Store. This feature was introduced in the iPad version of iOS a couple of years ago.

Microsoft had spoken about the drag and drop feature in a release note about version 2.42 a couple of weeks ago. Giving an example, the tech giant said that users will be able to open their Photos app at the same time as Outlook, and then proceed to drag and drop a selection of images as well as email attachments.

Besides this, Microsoft also mentioned other features rolling out to iPad tablets. With iPadOS 14 and Apple Pencil, users can write their emails and the handwritten messages will be automatically converted to text via Scribble. You can also delegate mailboxes, i.e give someone else in your organisation permissions to manage your email.

Microsoft Office, meanwhile, will be getting a one-time payment release in the second half of 2021 for Windows and Mac.