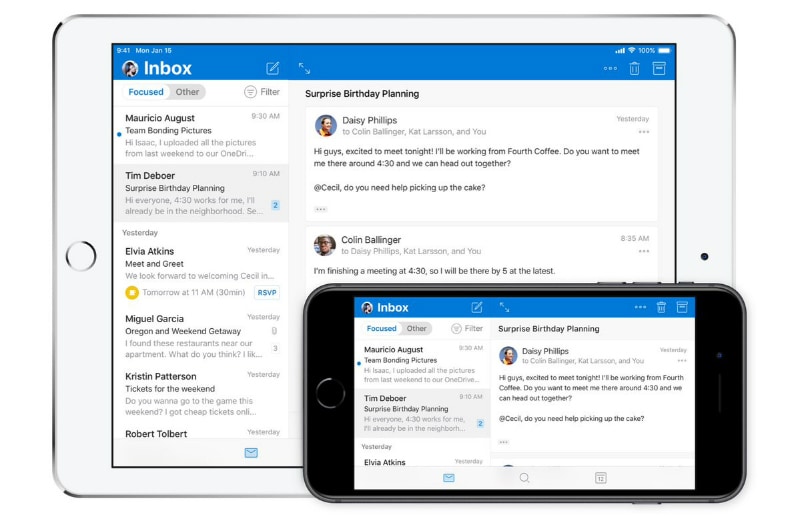 Microsoft has updated the Outlook app for iPhone and iPad users

Microsoft's Outlook has received a new iOS update, and it brings along a new design for all iPhone and iPad users. The app gets a new interface, most notable being the addition of the blue bar on the top, and new features include custom swipe actions, deeper integration of the calendar, and more. The Redmond-giant is also working a dark mode for the Outlook iOS app, but that feature isn't coming with the latest update.

Outlook for iOS has been updated to version 3.8.1, and the changelog doesn't say much about the changes it brings along. It notes that the update includes performance improvements and bug fixes. However, Head of Product, Michael Palermiti confirms that the update brings along a new design to polish the overall experience. Removing the all-white design on the iOS app, the distinct blue bar on top matches with what has been on the Android app since a long time, bringing uniformity across platforms.

Once you update to the new version, The Verge reports that Outlook will also prompt you to setup custom swipes allowing you to decide trigger actions. It also includes avatars for easy identification of mail. Calendar has been more deeply integrated into Outlook, with mail invites having an calendar inline view letting you know if you have any other commitments on the day, and also letting you accept the invite and add it as a reminder for the future. The search bar in Outlook now also includes recent people and queries as well. You can update the Outlook for iOS app via the App Store right away.