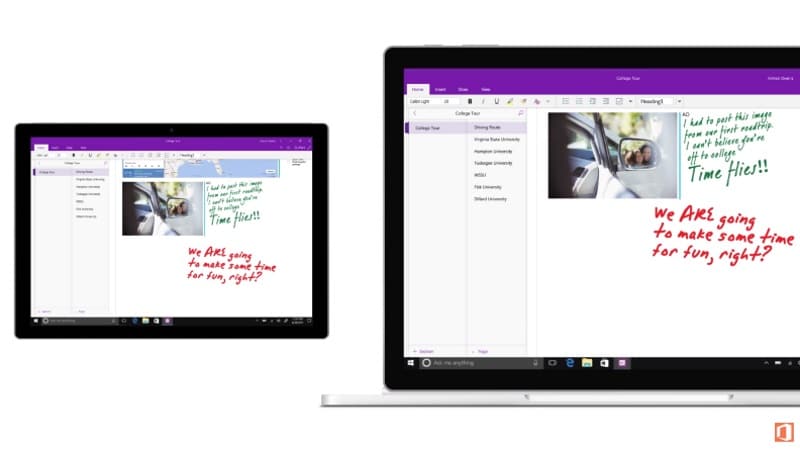 Microsoft's OneNote is already one of the better productivity apps that you can find on all major platforms but now the company has further updated the app's design to provide users with more consistency across devices. Additionally, the Redmond-based company says that the new update simplifies the navigation layout of the app as well as improves the user experience for people who use assistive technologies.

The design overhaul has been announced for the OneNote app on iOS, Android, as well as Web version and brings a new layout for easier navigation. With this update, Microsoft says that it tried to focus on making the app more usable for people who are visually-challenged or suffer mobility impairments.

"We interviewed hundreds of people and analysed product telemetry to understand how to improve keyboard shortcuts and the screen reader experience. We're excited to share a vastly improved user experience in these two areas," the company said in its blog.

Microsoft says that in order to improve OneNote navigation layout, especially for the larger notebooks, all the navigation controls are now shifted to the left-hand side of the app. The company says that this change helps users in easily switching between their notes and also improves the user experience for those who use assistive technologies.

Further, the Redmond-based company says that as OneNote users often switch devices while using the app, the updated design will bring more consistency across platforms to provide "cohesive user experience across all screens." The company says that this part of the update will be useful for schools as students will be easily able to transition between their home and school devices.

"The new redesign for OneNote is rolling out for Windows 10, Mac, iOS, Android and on the Web over the coming weeks," Microsoft said.

What Amazon Could Do to the Business of Selling Prescription Drugs
WannaCry Ransomware: Stellar Data Recovery Claims to Have a Solution Locked Files