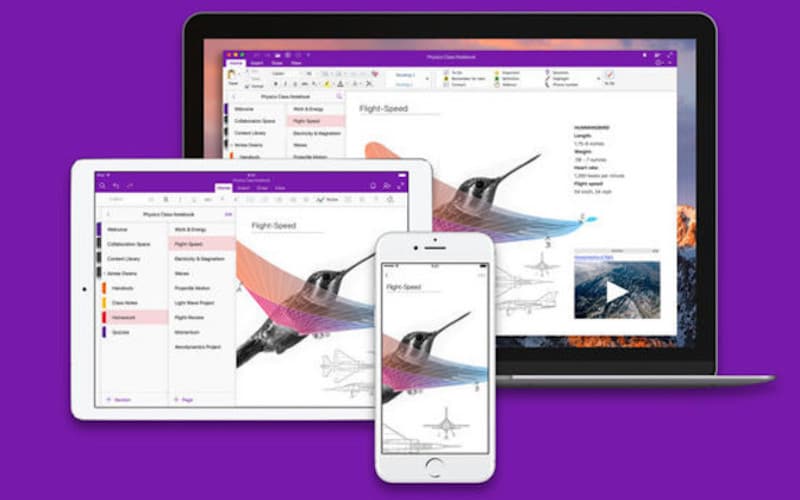 Microsoft has updated its OneNote app for iOS, which now comes with a redesigned look as the Redmond giant continues to urge customers to switch to its note-making app rather than depend on the likes of Evernote and Apple's own Note app. The new update (v16.0) brings some aesthetic changes and user friendly features.

According to the OneNote v16.0 update log, the new version brings an improved visual layout. Notebooks, sections and pages are now neatly arranged in columns on the side of the app, making it easier to navigate and find what you're looking for. The update adds some much needed visual flair to the note-making app and looks to bring a consistent design across all your devices. You can check out the detailed changeling below.

The new version of OneNote has been available for Office Insiders for a few weeks now. For those who are new to the app and have downloaded the update, you'll notice a cleaner UI with a search bar on the top, recent notes option below it and your notebooks below that. You can add more notebooks by hitting the plus sign on the bottom. Accessing each notebook further takes you into the sections folder, and each section further brings up the pages. All of this has been organised into columns and each section gets a coloured marker that adds to the visual appeal.

The update to OneNote for iOS is available on both the iPhone and iPad. You can download the new update on your device by heading over to the App Store. The OneNote app syncs your notes to the OneDrive cloud and can be accessed across your Mac, iPhone, iPad and other devices.