Microsoft Working on ‘One Outlook’ App; to Work Across Windows, Mac and Web: Report

One Outlook app is codenamed Monarch and is reportedly in early stages of development. 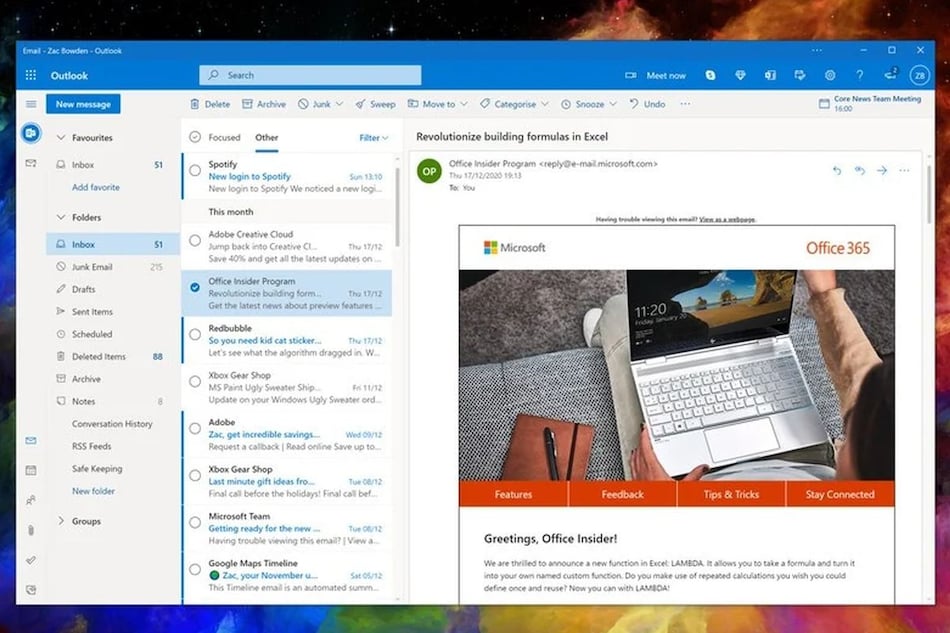 The app will feature native OS integrations along with support for notifications, share targets, and more

Microsoft has reportedly been working on a new One Outlook App that will allow access across platforms, over Windows, Mac, and the Web. Codenamed Monarch, the One Outlook app is in its early stages of development as of now, as per a report. The new app is intended to replace Microsoft's inbuilt Mail and Calendar apps on Windows 10 in the coming year. The efforts are a part of Microsoft's One Outlook vision that was the company talked about last year.

Monarch is the end-goal of Microsoft's One Outlook vision. The Redmond-based company seeks to bring a single Outlook client that work across platforms like Windows, Mac, and the Web. According to a report by Windows Central, One Outlook is not functional without a full internal Microsoft account and will look to replace desktop (Win32 and Universal Windows Platform) versions of Outlook, Outlook on the Web, and the macOS desktop client. Monarch is expected to deliver Outlook as a single product and will function with the same user experience, irrespective of it being on either Windows or Mac.

Windows Central also reported that the app will feature native OS integrations along with support for notifications, share targets, offline storage, and more.

The full Web version of the new Outlook will be hosted online by Microsoft. The preview of the new Monarch client will only begin towards the end of this year. Microsoft plans to replace the Mail and Calendar app on Windows 10 in 2022.

If you are curious about how this new experience will be, you can install the Outlook Web app via your browser. Although all the integrations intended for Monarch isn't available right now, you can get a general idea of the kind of experience you may get.