Microsoft Office app was released for testing as a public preview in November. 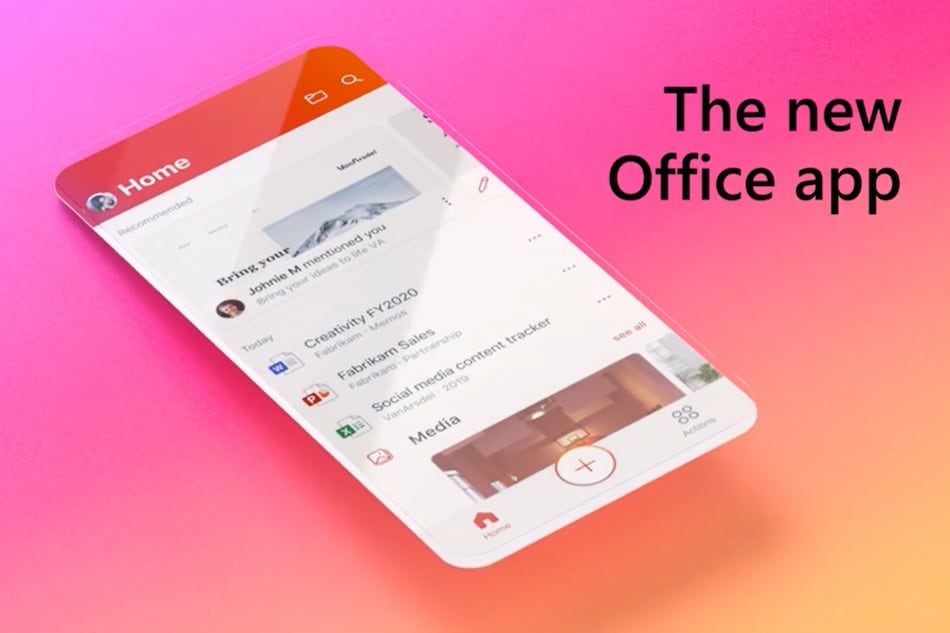 Microsoft Office all-in-one app is now publicly available for iOS devices. The new development comes just after the Redmond company brought the unified Office app for Android devices. Notably, the Office app for both iOS and Android devices was available through a public preview until now. The app provides access to Microsoft Word, Excel, and PowerPoint. It also integrates the Microsoft Lens technology to convert images into editable Word and Excel documents, scanning PDFs, and capturing whiteboards. The Microsoft Office app is available for download on iOS devices directly through the Apple App Store. Of course, Android users can get the latest experience through Google Play.

One of the biggest advantages that Microsoft brings through the unified Office app is the ability to offer Word, Excel, and PowerPoint under one roof. The app was released for testing purposes through a public preview in November.

Since the public preview, Microsoft has underlined in a blog post that it had made “several enhancements” to the Office app. These include support for third-party storage services including Box, Dropbox, Google Drive, and iCloud; templates to create new documents, spreadsheets, and presentations; and general performance improvements.

The amalgamation of Word, Excel, and PowerPoint helps reduce the storage requirement of the app. To give some perspective, the Word app is available for download on iOS devices with a file size of 282.4MB, while the Office app for iOS is sized at 378.6MB.

Having said that, Microsoft doesn't want to discontinue the standalone Word, Excel, and PowerPoint apps for a couple of reasons. These are firstly important for the users who don't want all three productivity tools from the company on their devices. Secondly, the Office app currently has limited tablet support. Microsoft did mention in its blog post that it's working on making the app fully optimised for tablets soon.

Apart from commitment to bring full-fledged support for tablets, Microsoft has highlighted three new features that would reach the Office app in the coming future. One of those features include Word Dictation that will allow users on Word to dictate their notes. The app will have toolbars to alter formatting and punctuation marks. The second upcoming feature is the Excel Cards View to let users view and edit data in an Excel table row using a card format. Microsoft is also bringing an Outline to PowerPoint feature to let users write their presentation content as an outline and use the PowerPoint Designer to turn it into presentable slides.

All the new features showcased by Microsoft would be provided to both Android and iOS devices in the next few months.

The Office app is available for free download on both Android and iOS platforms. However, you need an Office 365 subscription to access premium features.