Microsoft Office's new app has been launched in public preview for both Android and iOS. 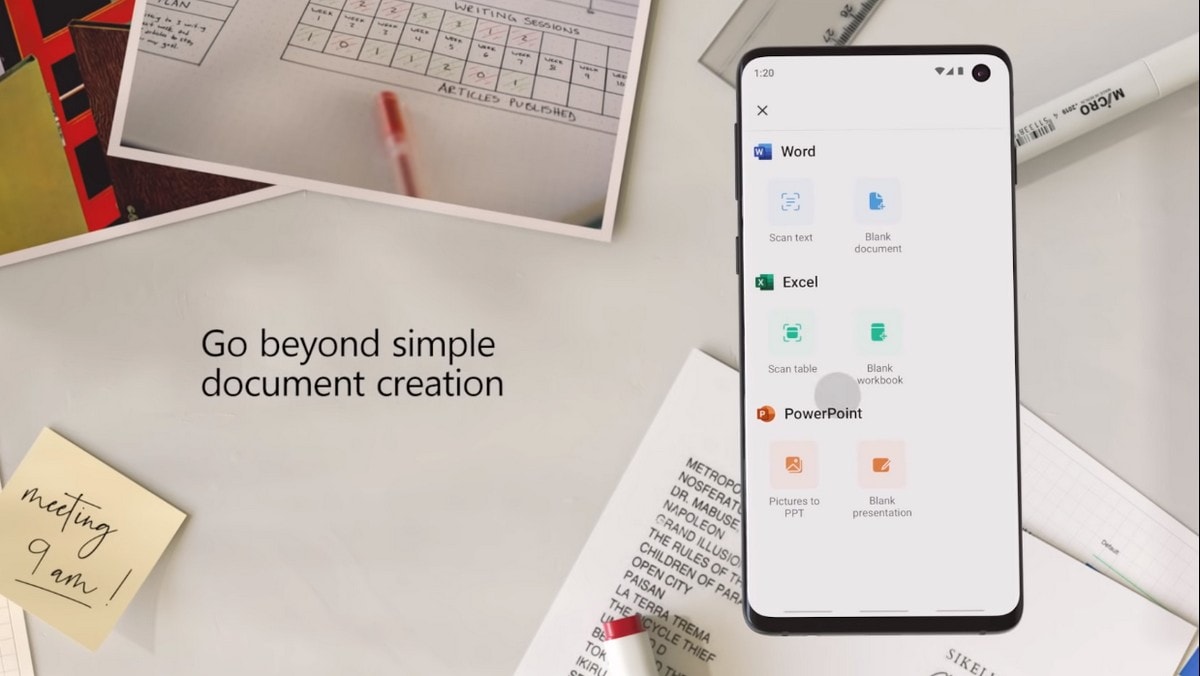 Microsoft on Monday unveiled a new Office app for Android and iOS that combines three most popular apps -- Word, Excel, and PowerPoint -- into a single go-to app for mobile productivity. The app is available in now in public preview for Android and iOS (via Apple's TestFlight beta testing programme). Users no longer need to download each app separately, the tech giant announced at its flagship "Ignite" conference in Orlando, Florida.

"With the new Actions pane, you can intuitively complete a variety of common on-the-go tasks, such as creating and signing PDFs and sharing files between devices," said Jared Spataro, Corporate Vice President for Microsoft 365.

As we mentioned, the new Microsoft Office app has been launched as a public preview. It is now available to Android users through Google Play Store and to iOS users through Apple's TestFlight programme.

The new Office app uses the unique advantages of mobile devices to make content creation easier. For instance, you can snap the picture of a document and turn it into an editable word file, or transform tables from a printed page to Excel.