Microsoft has started rolling out the update in a phased manner. 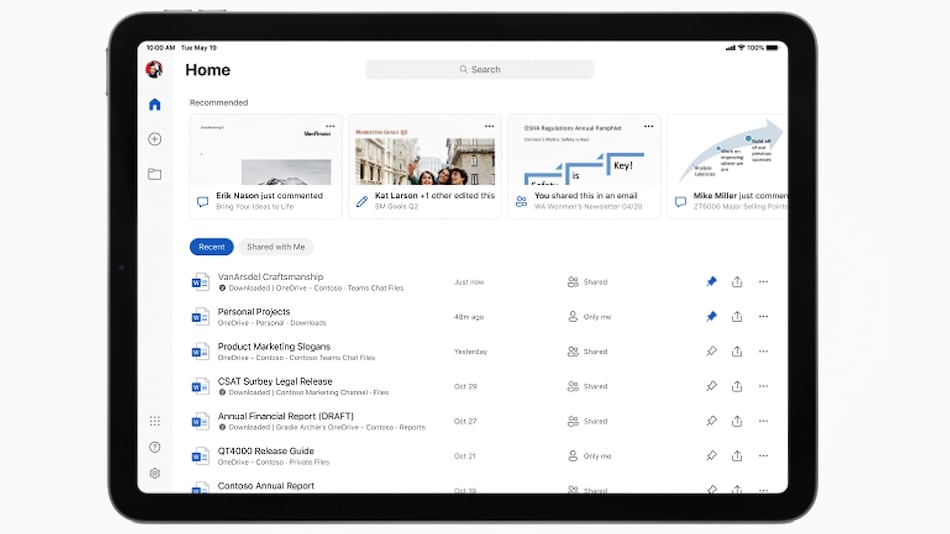 Microsoft is adding new start screens for Word, Excel, and PowerPoint for iPad

Microsoft has added mouse and trackpad support for the iPadOS version of Microsoft 360, including Word, Excel, and PowerPoint. Microsoft had announced that it would be bringing mouse support to the iPad earlier this year. The experience will be similar to anyone who has used Office on a Mac or a PC, as per Microsoft. The update has started rolling out in a phased manner, and should reach all users within a couple of weeks.

A mouse or trackpad can be used with iPad for performing common tasks on the Microsoft 360 apps such as highlighting a passage of text in Word, selecting a range of cells in Excel, and moving and resizing graphics in PowerPoint. The tech company explained in a blog post that this update will help make the iPad more versatile and capable of getting more work done.

Users can also make use of Apple's Magic Keyboard for fluid navigation and precise adjustments. Microsoft said that while moving a finger across the built-in trackpad of Magic Keyboard, the cursor transforms into the tool you require, depending on the content your pointer is on.

Mouse and trackpad support on the Microsoft Office apps will make the experience of using an iPad more desktop-like, and could boost the productivity of users who can get work done more efficiently through this feature.

Microsoft was also adding new start screens and a new ribbon of feature menus for Word, Excel, and PowerPoint for iPad. This was being done to provide a cleaner, more modern user experience.

Multiple document support in Excel, powerful contextual menus, and offline file support for cloud files are some of the additional updates that Microsoft planned to introduce over the coming few months.