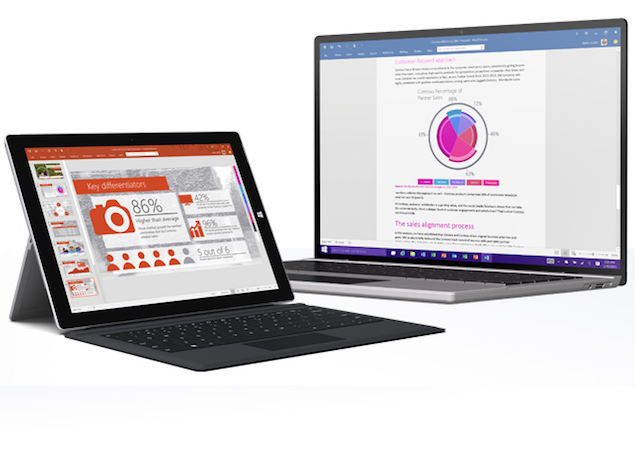 The Microsoft Office 2016 Preview has been made available for download on Monday for Office 365 subscribers (with Pro Plus as part of their subscription), non-subscribers, as well as both home and enterprise users.

The Redmond giant has promised real-time editing/co-authoring in Office 2016 in the future versions of the software, adding it for the first time to its apps, but the feature is not available just yet.Microsoft confirmed to The Verge that this feature will be first enabled in Word, while PowerPoint and Excel will follow suit soon after. As a long-term plan, the Redmond giant also has plans to enable the co-authoring feature in the Android and iOS apps.

The public preview of Office 2016 is supported by Windows 7, 8 and Windows 10 PCs, laptops and tablets but it requires users to uninstall Office 2013 because both the versions cannot work in tandem. Microsoft has plans to update the pubic preview frequently before the final version is actually made available commercially in fall of 2015.

The first preview build was made available to IT professionals and developers in March. Those who have been testing the new version of Office since then have stated that there are very few brand new features.

That said, Microsoft is tooting its horns about the Cloud Connectivity enhancements in Office 2016. The new features in Office 2016 Preview also includes navigation support in the form of Tell Me, integration with Power BI - their critical enterprise BI tool, and more lockdown/rights management capabilities.

We had earlier reported about Microsoft's making Universal Office apps for mobile devices, which will run near-identical code as their desktop counterparts. Microsoft had stated the apps have been designed ground-up for touchscreen devices.

Internet.org Traffic to be Unencrypted; Privacy and Security Take Backseat
With Big Names and Money Flowing In, Tech Startups in India Heat Up