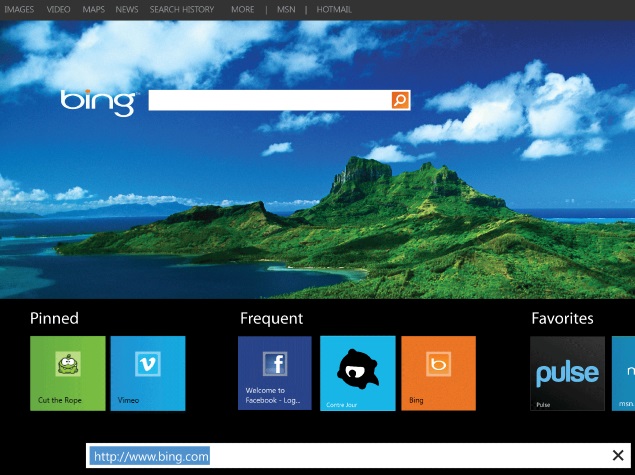 A new report sheds some light on Microsoft's plans for a new browser in Windows 10.

The Redmond giant will reportedly include the new browser, said to be an overhauled version of the Internet Explorer (IE), in its latest build of Windows and might even show it at the scheduled 'The Next Chapter' event for Microsoft Windows 10 on January 21.

ZDNet in a report citing sources claims that Microsoft has codenamed the new browser as "Spartan", and suggests it is not an upgrade of the IE11. It adds that the IE "Spartan" will pack several new features and will look more like Chrome and Firefox, apart from also supporting extensions. It also notes that the new browser will be a "lightweight browser."

The report cites Thomas Nigro, a Microsoft Student Partner lead and developer of VLC, earlier this month to have heard of a new Microsoft browser in development in an episode of the LiveTile podcast.

The Windows 10 (desktop version) is said to ship with both IE "Spartan" and IE11. Sources suggest that IE "Spartan" will be available to download for both desktop and mobile/ tablet versions of Windows 10. The report adds that Microsoft is yet to finalise the name of IE "Spartan".

It also speculates that the IE "Spartan" might not be functional for inclusion in the 'Windows 10 January Technical Preview' and even in mobile preview build that is likely to be available to testers early next year. "It may not show up in the test builds until some point later," it adds.

Earlier this month, an early build of the Windows 10 was leaked showing numerous changes.

In the leaked build, Microsoft was seen to have made some visible changes such as new wallpaper showing upfront alongside Cortana integration. The video showed Cortana would be present on the task bar with search option. Interestingly, the voice-based virtual assistant app was seen to also support voice-commands; though the leaked 9901 build showed that the feature still required some updates to work.

Game of Thrones the Most Pirated TV Show 3 Years in a Row: Report
European Startups Struggle to Keep Pace With Venture Financing