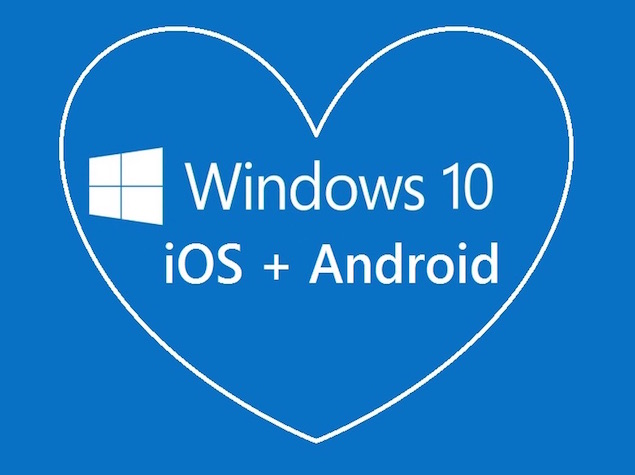 Microsoft earlier this year in a surprising move had announced that it will release tools to help Android and iOS developers port their apps to the Windows platform. Four months into it, the company has now released Windows Bridge for iOS (previously known as Project Islandwood) as an open source project. The tool is now available on GitHub under MIT licence.

The tool is still a work in progress, but does include parts of UIKit library that developers will need to make interfaces; some parts of QuartzCore which will foster animation development; and parts of CoreAudio audio framework. Microsoft says that Windows Bridge for iOS supports Windows 10 and Windows 8.1 apps built for x86 and x64 system architecture, and will soon get mobile apps support as well.

By making Islandwood open source, the company is leaning on developers to offer improvements, feedback, and other comments to make it better. For end developers, Windows Bridge will give them a platform to quickly test their apps and make the needful changes. Microsoft says that it is providing these developers with full access to the Windows platform which will help them completely shape their app for Windows environment instead of just wrapping and releasing a sandboxed version.

"Our goal with the iOS bridge has never been simply to run iOS apps on Windows," said Salmaan Ahmed, the Windows Bridge for iOS Program Manager at Microsoft. "Rather, our goal is to help you write great Windows apps that use as much of your existing code and knowledge as possible. We will, of course, continue to work to expand our iOS compatibility, but it's important to note that there is much more you can do with the bridge."

Microsoft says that it will release a more stable version of Islandwood as well as Visual Studio integration later this year. Around the same time, it will also release Project Astoria, a platform to let Android developers port their apps into Windows Mobile apps. A preview of Astoria is available right now to select developers by invitation only. You can download Windows Bridge for iOS from the project page on Github.