Microsoft Lists is an app in the Microsoft Office 365 suite. 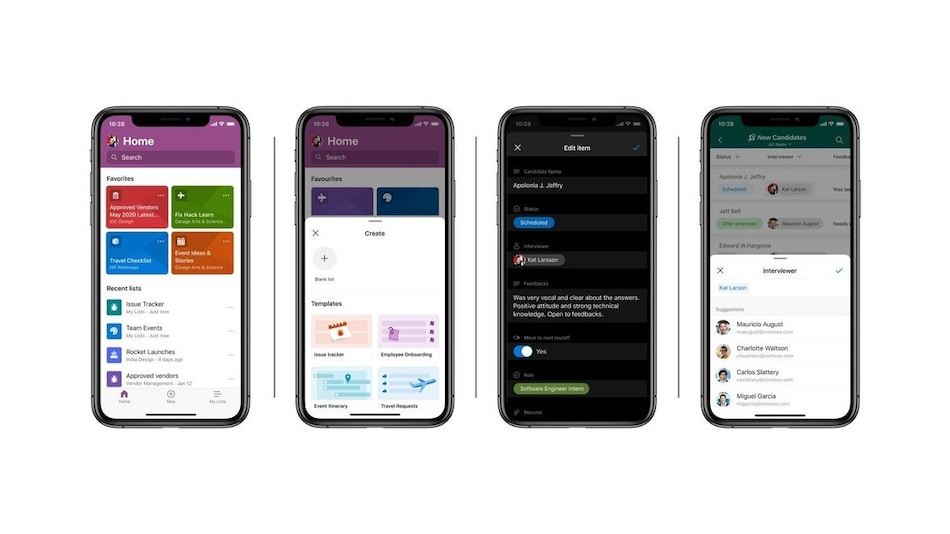 Microsoft Lists, an app in the Microsoft Office 365 suite, is now available on iOS and users can download it from the App Store. The app essentially helps users keep a track of information and organise work into simple lists that can be distinguished by templates, colours, and so on. The Microsoft Lists app for iOS gives users access to the lists they own and also the ones that have been shared with them. Users can also create new lists, edit list items, and easily share with other people.

As per a blog post by Microsoft, Microsoft Lists app for iOS is a “simple, smart, and flexible” way to “track issues, assets, routines, contacts, inventory and more to keep everyone in sync from anywhere”. The app has various use cases and especially helps people collaborate for work on the go. To recall, the app was announced at Build 2020 last year, with and plans to include it in the Teams Web client and apps were announced soon after.

Recently, Microsoft increased the upload file size limit of OneDrive, Teams, and SharePoint from 100GB to 250GB. The company announced that the support for 250GB file size upload will begin rolling out by the end of January. Wider availability is expected by the end of Q1 2021. Explaining how it works, Microsoft said that each file shared is split into chunks that are separately encrypted with their unique keys. Besides that, all the files are backed up in Azure Storage.