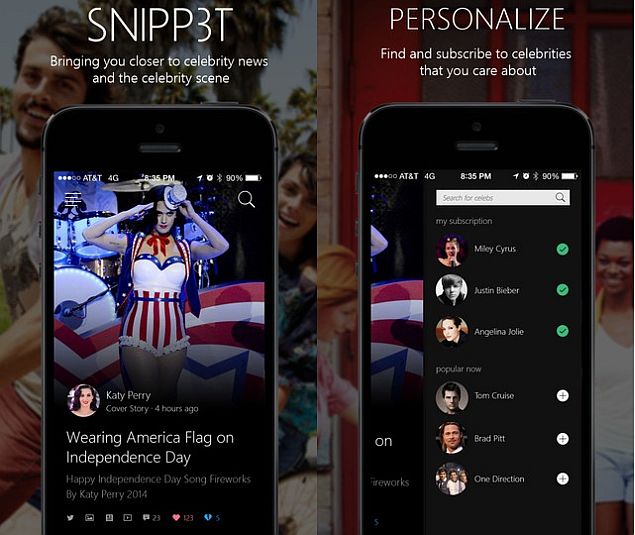 Over the weekend, Microsoft launched a new iOS app dubbed Snipp3t (pronounced as "Snippet"), which keeps users up to date with the latest celebrity news.

The Microsoft Snipp3t celebrity news app enables users to follow their favourite celebrities and subscribe to their latest updates and activity news. The news appears in a timeline format including tweets, YouTube videos, images and news reports from various sources for the followed celebrities. The subscribers also have the option to like and comment on the images and news.

The option to sign-in via Facebook account lets Snipp3t users see who their friends are following. Users can use the app in guest mode as well.

The Snipp3t app is said to utilise data from Microsoft's own Bing search service as per The Verge. The app has been also speculated to be a project similar to the Redmond-based firm's so.cl networking service, which was first introduced in 2012 and came for iOS and Android late last year.

Snipp3t is only for iOS users and is limited to US region for now. There is no news as to when the app will reach Android or Microsoft's own smartphone operating system, Windows Phone. The app runs on iOS 7.0 and later versions, is sized at 19.3MB and is available to download from the App Store.

Snipp3t comes almost a month after the social networking giant Facebook launched its Mentions app for iOS. The app is meant for celebrities to handle their Facebook pages. The app was launched in India last week. There are no details as to when the app will reach Android or Windows Phone users.