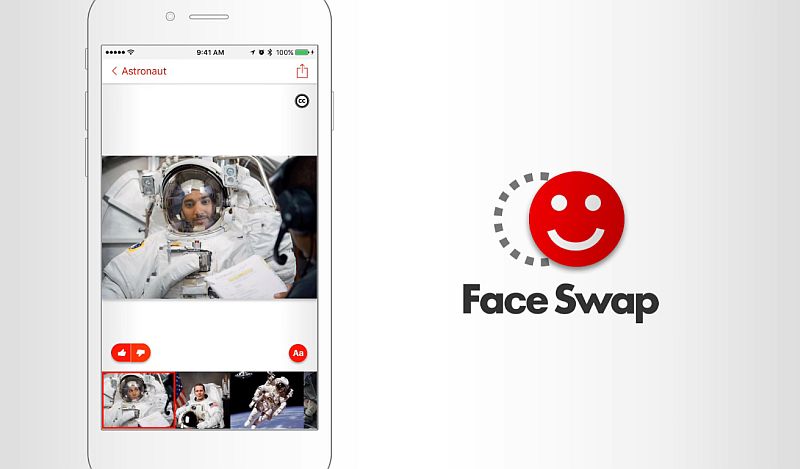 Microsoft's Garage project in the past has released a number of apps for rival platforms, built by a team inside the company that utilises some of its time on different kinds of products. The latest app from Microsoft Garage team is Face Swap, and it doesn't just let you just swap faces as the name mentions.

The Microsoft Face Swap app offers face swapping with automatic face swap technology and powerful Bing image search. The new app, unlike any other face swapping app, allows you to swap faces alongside changing the background entirely. The Face Swap app also comes with inbuilt Bing Search that helps you search a scene where you can fit in your selfie. The team explains that users can get started with their selfies which can be swapped into a different setting. One of the biggest advantages of the Face Swap is everything works automatically, and this doesn't require any Photoshop skills.

"The power of Bing search and our intelligent face swapping tech makes every swipe a delight," said Phil Rogan, a Garage team member at the launch of Face Swap app. The app offers plenty of options for users to play with like they can change the hairstyle in the image; can try on different fashions; pop them self into a scene, and also lets swap multiple faces in a group photo.

The new Face Swap app is now available to download via Google Play.

TechCrunch cites a company spokesperson who confirmed that the Android app is now live in the US, Australia, and Canada. The Face Swap app will be made available in India, and to iOS users in the coming weeks, the report further said.

Explaining how the whole idea of face swapping app materialised into an app, the team wrote, "Face Swap was developed from conception to app store over 5 months by the small incubation team within the Bing organisation. The engineering team included developers in remote locations, allowing us to work around the clock and iterate rapidly on the product. We employed continuous user research studies with external participants, which helped us build a product that is easy and intuitive to use. We look forward to users' feedback from our launch and we plan to actively respond to them and add several new features in the coming months."