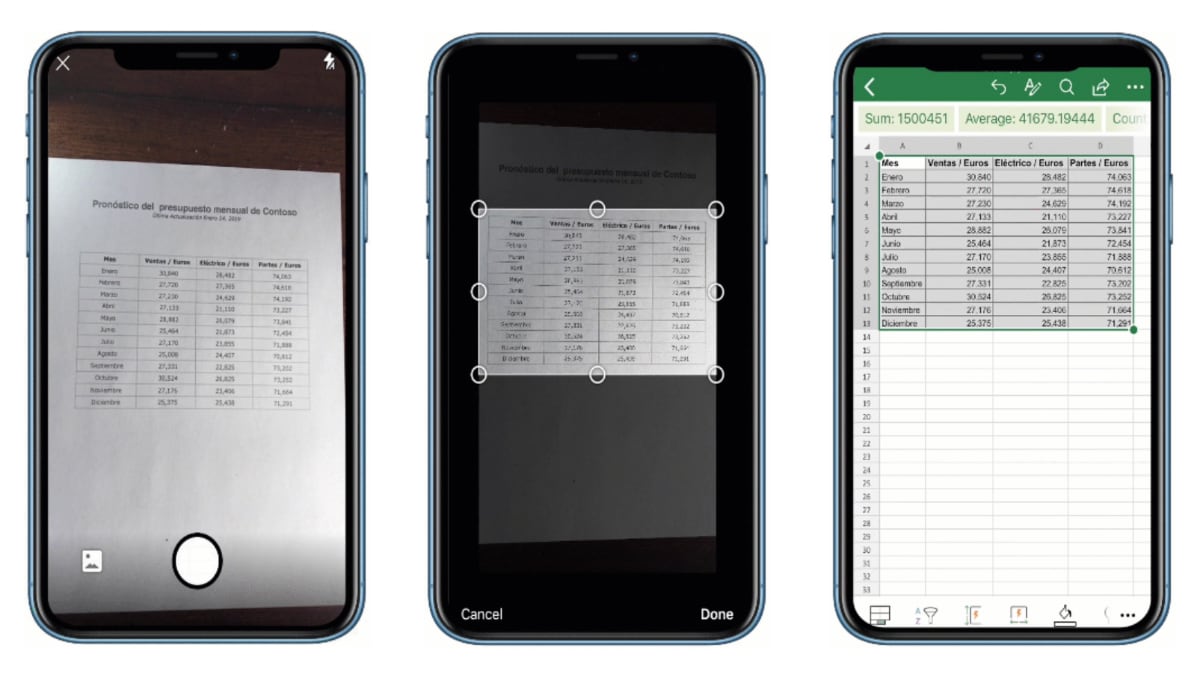 Microsoft Excel for iPhone will now let you easily import spreadsheets and tables directly using the built-in camera. The new feature, which Microsoft calls the Insert Data from Picture, is backed by artificial intelligence (AI) to enable a quick conversion of a paper-based data table into an editable table in the Excel app. Once imported, the imported spreadsheets and tables can be sent to desktops using Excel for Windows or Mac for further editing. Notably, the Redmond company brought the feature initially to Android back in March.

Microsoft claims that the new feature is capable of grabbing any data presented in a table format, whether it is a financial spreadsheet, work schedule, task list, or a timetable. It also doesn't require any additional hardware and uses simply the camera of the iPhone to convert the data from a paper into a digital format. It appears the feature has not yet been made available for the Microsoft Excel for iPad app.

To begin with the new experience, you will be required to install the latest Excel app on your iPhone and then sign in with your Office 365 account. The app will provide the Insert Data from Picture button at the bottom of the screen through which you can launch your iPhone camera and then point it at the data you want to import. You will need to narrow in on your data until it's been surrounded by a red border. After that, hit the capture button. There will also the options to crop the image before converting it into a digital format in the Excel app.

The overall experience is identical to what was offered to Android users earlier this year. Moreover, Microsoft says that the feature supports 21 languages on both Android and iPhone devices. An official support page has listed all the supported languages.

You can download the latest Microsoft Excel app on your iPhone directly from the App Store. It is compatible with devices running iOS 11 and above.