Microsoft Edge’s market share in March 2020 was just 0.40 percent higher than Firefox, as indicated by the report. 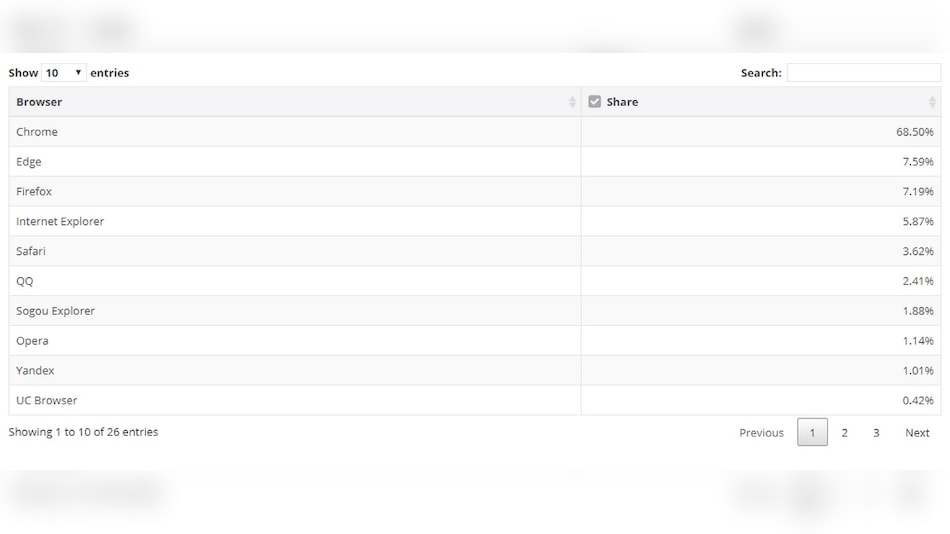 The data shared by NetMarketShare shows the market share of several Web browsers for the past one year. These include Internet Explorer, Safari, QQ, Opera, UC Browser, and a few others. Back in April 2019, Microsoft Edge had a market share of 5.53 percent while Firefox was at 10.23 percent. The two came closest in February with Edge having a 7.38 percent share with Firefox at 7.57 percent. Finally, the data for March shows Microsoft Edge has taken the lead with 7.59 percent to Firefox's 7.19 percent market share. While this is not a significant lead, it does show that the user base for Microsoft Edge has steadily grown over the past year while Firefox has lost some of its users.

Microsoft Edge may have taken the lead to become the second most popular desktop Web browser because it comes as default with Windows. Windows 10 recently reached a new milestone of being used by 1 billion users. Also, the Chromium-based version of Edge allows the use of extensions from the Chrome Web Store.

The other browsers in the list shared by NetMarketShare are Internet Explorer that still holds 5.87 percent market share, followed by Safari at 3.62 percent, and Opera trailing behind with 1.14 percent.

This is quite interesting as just last month, it was reported that Microsoft's Chromium-based browser Edge is the least private when compared to other popular browsers. The research had found that Edge sends identifiers linked to the device hardware and details of Web pages visited by users to back-end servers. This wasn't the case with Google Chrome, Mozilla Firefox, Apple Safari, Brave Browser, and Yandex Browser.