Microsoft claims to offer largely the same experience and feature set on older Windows versions that initially arrived on Windows 10. 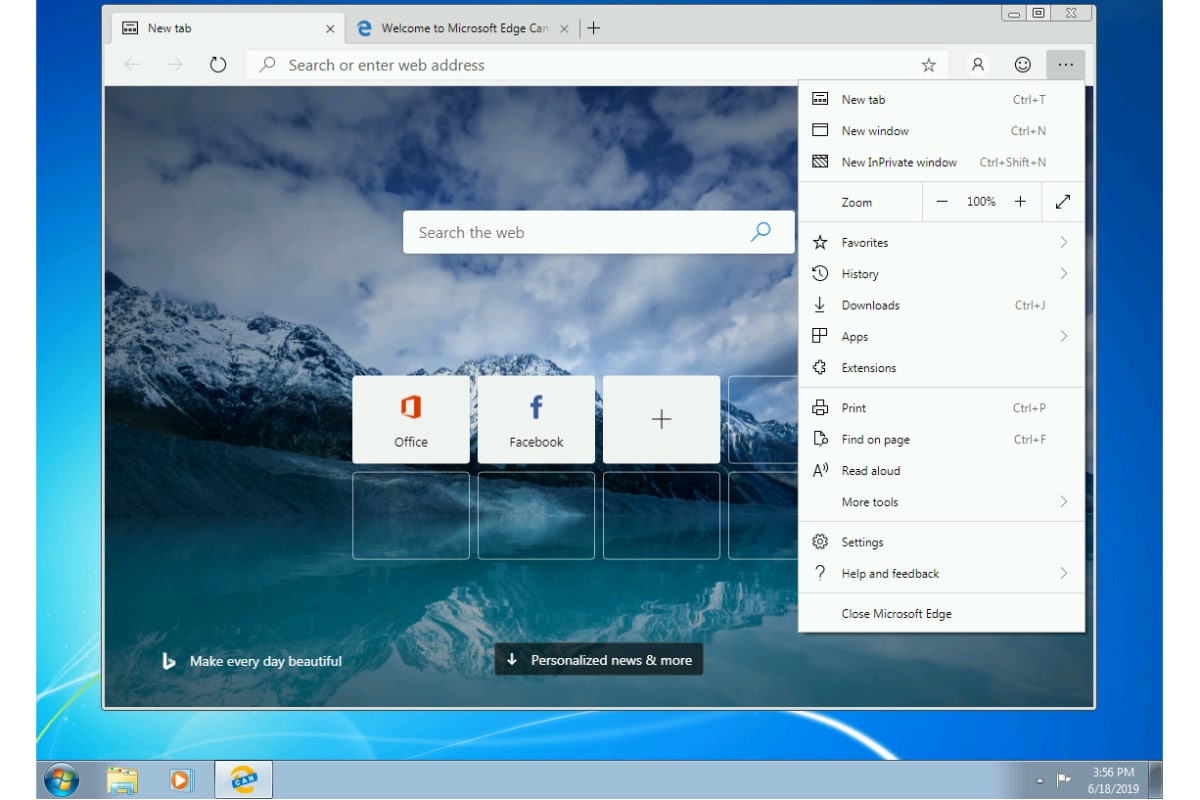 Microsoft Edge can now be downloaded on dated Windows 7 machines

Microsoft Edge based on Chromium project has debuted on Windows 7 and Windows 8. The latest move comes a little more than two months after the Chromium-based Edge browser arrived on Windows 10. Notably, the new release is designed specifically for testing purposes and is available through the Canary channel. The Redmond company, however, does have plans to soon bring the Edge browser on previous Windows machines through its Dev channel as well. With the fresh development, Chromium-powered Edge is available across Windows 10, macOS, Windows 7, and Windows 8.

In an official blog post announcing the new release, Microsoft specifies that the Chromium-based Edge on Windows 7 and Windows 8 will offer largely the same experience and feature set that initially arrived on Windows 10 back in April. This means there will be the anticipated Internet Explorer mode for enterprise users as well as the new Collections feature to easily collect information from the Web into a note.

However, the initial Edge builds for previous Windows versions have a lack of dark mode support and the absence of support for AAD sign-in.

"Delivering the next version of Microsoft Edge to all supported versions of Windows is part of our goal to improve the web browsing experience for our customers on every device, and to empower developers to build great experiences with less fragmentation," the Microsoft Edge team writes in the blog post.

To download the Edge browser on a Windows 7, Windows 8, or Windows 8.1 machine, you need to visit the Microsoft Edge Insider site. The initial version would have a list of bugs and issues since it's available through the daily Canary builds. However, the Microsoft Edge team says that the weekly Dev builds would also "soon" reach previous versions of Windows operating system.

The arrival of the Edge browser on Windows 7 and Windows 8 might not be something big for you. However, it is an important move since a large number of offices and enterprises currently have desktops and laptops based on earlier Windows versions that include a dated Internet Explorer version. For all those places, Microsoft is now bringing the latest, Chromium-based Edge to deliver a fresh user experience.

Also, the Edge release specifically for Windows 7 is a bit interesting since Microsoft is set to end support for the operating system by January 2020 and is already warning users to upgrade to Windows 10.

In addition to bringing Chromium-based Edge to older Windows versions, Microsoft is adding macOS to its compatibility list. The Edge Canary channel was broadened last month to start offering Edge on macOS for testing at the initial stage.