Microsoft has been showing its interest in open-source Chromium implementation since last year. 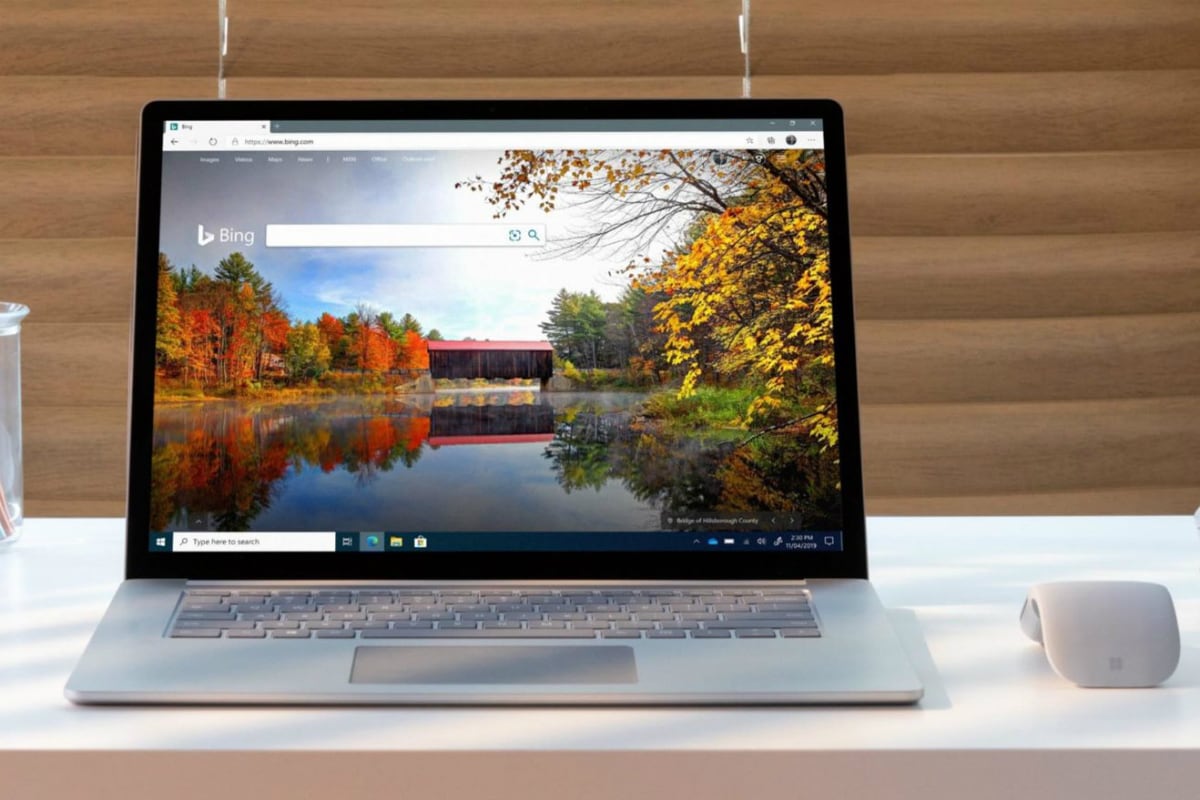 Microsoft Edge based on Chromium will be generally available starting January 15, 2020, the company announced on Monday. Meanwhile, the Redmond-based company has unveiled a new Chromium Edge logo that highlights the ongoing reforms debuting on the Edge browser. The company has also brought the release candidate for the Chromium-based Microsoft Edge for Windows and macOS to test the new experience with the masses. At Microsoft Ignite 2019 in Orlando, Florida, consumer-focussed developments such as Play My Emails in Outlook for iOS, team Chat button in Outlook, and some of the notable updates to Microsoft Teams have also been announced that all are designed to enhance your productivity. Similarly, Microsoft is updating Outlook for Mac with various interface-level changes and enhancements.

Back in December last year, Microsoft showed off its inclination towards Chromium. The software giant earlier this year also brought Chromium-based Edge to Windows 10 users through Canary and Dev channels and released its presence for macOS as well as earlier Windows versions, including Windows 7 and Windows 8, through the Canary channel. But up until now, the company didn't reveal the exact release date for its general availability.

Nevertheless, Microsoft has now announced that the Edge browser based on Chromium open-source implementation will get its first "stable" release on January 15. It will be available in more than 90 languages, the company said in a blog post.

The release candidate of the Chromium-based Microsoft Edge includes the Collections feature that lets users collect Web content and export it into Word and Excel. There is also an enterprise tab page to provide access to Microsoft 365 files and websites. Enterprise users can also perform an Intranet search through the enterprise tab page when signed into Microsoft Search in Bing. Further, the release candidate comes along with the Internet Explorer mode and several other enterprise-centric features that Microsoft announced just ahead of its Build conference back in July.

Microsoft has by default enabled a new tracking prevention feature called SmartScreen that is touted to help protect users from phishing schemes, malicious software and new types of malware like cryptojacking. Microsoft Edge also gets a new InPrivate mode that is claimed to give users control over their personal data -- not the browser makers or ISPs.

To showcase the changes, Microsoft has also brought a new Edge logo.

"At Microsoft, we believe it is time to expect more from your web experience whether you are using it for personal or business use, an IT manager in a company, or a Web developer," said Yusuf Mehdi, Corporate Vice President, Modern Life and Devices, Microsoft in a blog post.

At Microsoft Ignite, the Redmond company announced new experiences to Microsoft Search in Bing, which was formerly called Bing for Business. It has brought the ability to let users search for people by typing in the address bar using natural language. Users can also leverage software tweaks to search for office location with answers including floor plans for directions and definitions for company acronyms.

Microsoft is working with Accenture, BA Insight and Raytion to kick off the Microsoft Graph connectors preview programme. This expands Microsoft Search for Microsoft 365 customers and is in addition to over 100 existing connectors including Salesforce.com, ServiceNow, Box and various others that are due for the first half of 2020.

For mobile users, there is also easy access to Microsoft Search in Bing.

Aside from the changes to Microsoft Search in Bing, Microsoft is bringing various enhancements and performance improvements to Outlook. According to a report by The Verge, the company is updating the Outlook for Mac app with a new design and an upgraded sync functionality that was earlier available on Outlook for iOS and Android and Windows Mail. The interface is also receiving an improved interface for reading and writing emails as well as a new mail compose window. Further, the company is adding features such as the ability to ignore emails and collapsible panels.

The ribbon aka toolbar that's previously available on Outlook for Mac has also been updated with customisation support.

Outlook for Mac is getting new interface-level changes
Photo Credit: The Verge

"Following the same design principles as the Office 365 user experience updates announced last year, the ribbon was updated in the new Outlook for Mac to be fully customisable," a Microsoft spokesperson said while elaborating the ribbon update, as quoted by The Verge.

The updated Outlook app will also include a "My Day" view just next to the main mail screen. Similarly, the search bar is available on the top of the app along with the Microsoft Search integration.

Microsoft has initially planned to bring the updated Outlook for Mac through the Fast Ring. It will be available once users toggle "New Outlook" from the top-right corner of the screen.

In addition to Mac users, Microsoft is pleasing iOS users by bringing the Play My Emails feature to its Outlook for iOS. The feature will enable the Outlook app to use natural voice and language recognition to read emails aloud and share scheduling changes using the Cortana's voice assistance.

The Play My Emails feature also includes a masculine voice option for Cortana. There is a setting in the Outlook for iOS to find the new voice.

Outlook for iOS comes with Play My Emails feature

"Both our voices have been upgraded to use Neural Text to Speech capabilities making them sound even more natural thanks to deep neural networks that match the patterns of stress and intonation in spoken language," said Andrew Shuman, Corporate Vice President, Cortana, in a distinct blog post.

Play My Emails is rolling out in Outlook for iOS for users in the US. Nevertheless, the update is also in the pipeline for Android users -- scheduled for spring 2020.

Microsoft will seed an invite for the Play My Emails at the bottom of the inbox. Alternatively, it can be turned on from the Outlook for iOS settings. Once enabled, users can begin the action by hitting the Play button.

At the Ignite conference in Florida, Microsoft also announced a new voice enhance option in Stream to detect and eliminate unwanted background noise in any video.

To counter Slack, Microsoft Teams is receiving new updates. The company at its enterprise-specific conference in Florida announced a Yammer integration within Teams. There will also be a Share to Teams button in Outlook to help professionals move back-and-forth email conversations out of email into a Teams chat.

Microsoft is also in plans to enhance its Teams with the ability to pin channels later this year and bring a tasks pane next year. Teams will also get the option to pop out chats, meetings, calls, and documents into a separate window. Further, the company is set to bring features to conduct polls and surveys within messages or channels.