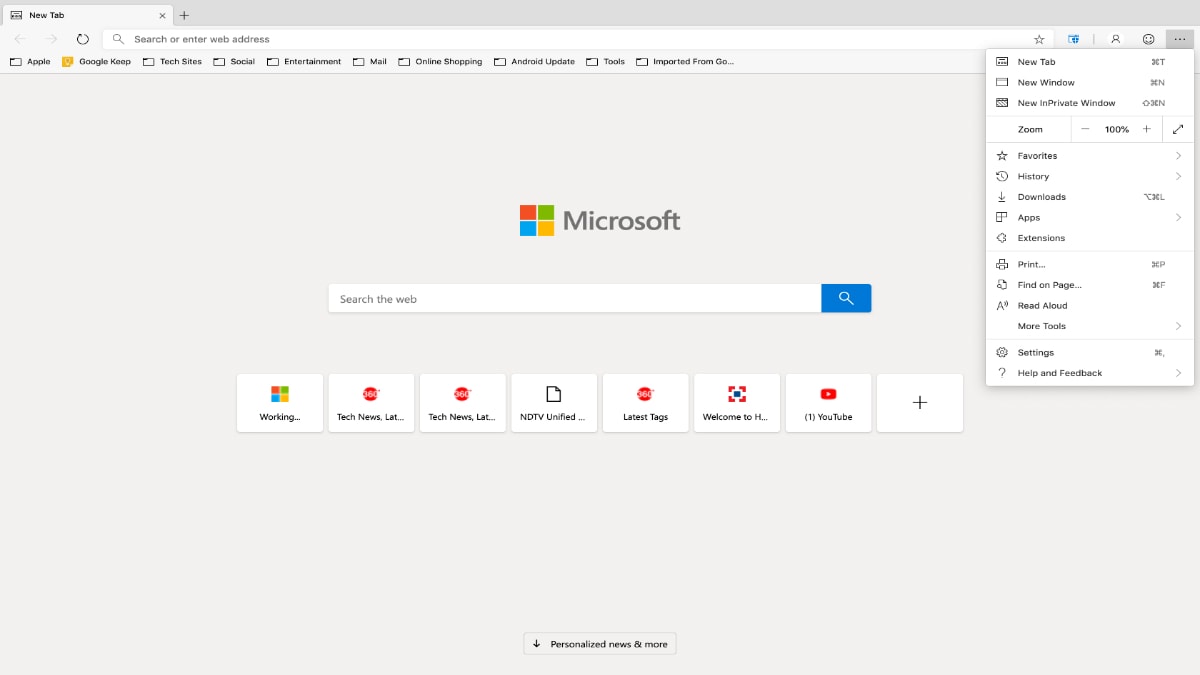 Microsoft Edge browser on a Mac is now unofficially available in Canary and Developer builds.

It was just two days ago that Microsoft teased the latest version of its Edge browser for Mac users, which is based on the open-source Chromium engine. And now, the new build has already been leaked and is available to download from Microsoft's servers. As we mentioned, Microsoft hasn't even launched the new Edge browser for macOS officially. But instead, a Twitter user who goes by the name WalkingCat has leaked it by digging into the Microsoft servers. You can check out the tweet right here.

Testing the Edge for Mac Dev build, we found it to be very clean and intuitive. At startup, the browser asks for importing your data from another browser. You'll also be asked to customise the layout for the page. The browser comes with touch-bar support that will give the ability to switch between tabs through the touch bar and the users will also get media controls. And while, media controls worked fine, switching between tabs was very unstable.

But we can expect these features to get polished when the official release gets available. One more thing to notice is the Microsoft Defender Browser Extension that comes pre-installed. This will help in monitoring webpages to safeguard against malicious sites. All in all, the speed and performance of the browser seems to okay as considering this is a developer build and not even in beta.

So, if you're curious enough to test out all the new features then you should definitely give the Microsoft Edge browser for Mac a try. But once again do note that these are very early releases and are very far from an official release. Even on Microsoft's website, it is mentioned that the Edge browser is coming soon and users can register to get notified when it's available.