Microsoft Cortana for Android Now in Public Beta, Here's How to Download 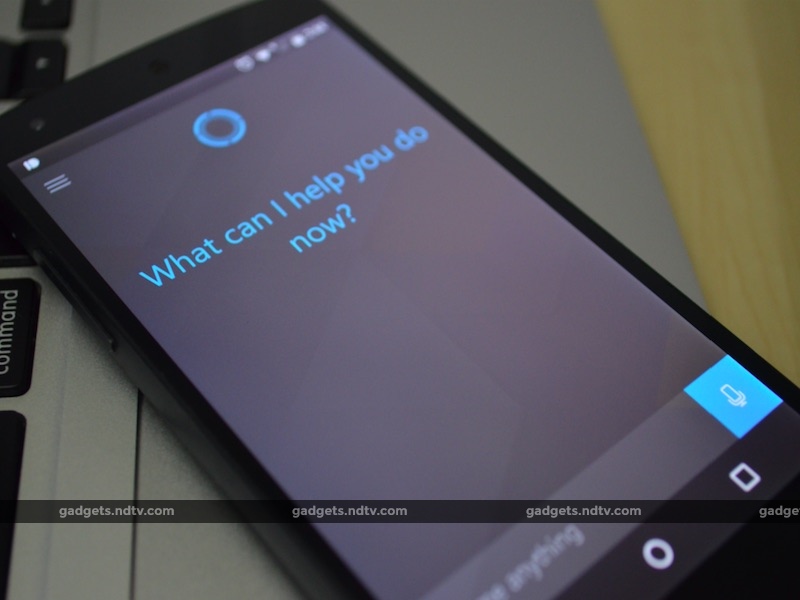 Cortana is now available to all Android users - well at least in select regions. Microsoft has announced the public beta of its digital voice assistant for devices powered by Google's mobile operating system. Cortana is available for download in the US via Google Play Store. It is officially not yet available in India, but you can still sideload it on your device.

Formerly exclusively available on Windows Phone, Microsoft announced in May that it would release Cortana on rival platforms Android and iOS. Private Android beta of Cortana got leaked in June, giving Android users an early look at Microsoft's digital assistant.

Cortana for Android is very similar to its Windows Phone counterpart. It maintains the same user interface and functionalities. If you've never used Cortana before, it is Microsoft's take on digital voice assistant. It competes with Apple's Siri, and Google's Google Now.

You can have Cortana take notes, add reminders, and ask it for weather and traffic updates. Cortana is also available on Windows 10, Microsoft's newest desktop operating system. If you are using it on your computer, you can use Cortana for Android as a companion app. Once integrated, you will be able to see your notes, emails, and other things from computer synced right into your Android mobile device.

The release of Cortana signals Microsoft's growing interest to embrace rival platforms. The company which previously hardly cared about users on competition platforms, now realises that its strongest bet to get them onboard is by adapting to the platform they prefer.

Cortana for Android will hopefully leave public beta and see a final release in the coming weeks. Microsoft will also release Cortana for iOS devices. Though, the closed nature of Apple's platform is likely to make it difficult for Microsoft to make Cortana as useful on iOS as it's on other platforms.

If you're in India or any other non-US region, Cortana's public beta for Android is not officially available in your country. Microsoft has previously announced that it plans to extend support for Cortana to India by the end of this year. In the meantime, there's still a way to try Cortana on your device: sideload (manually install) it. You can grab the app from reliable third-party app store APKMirror.