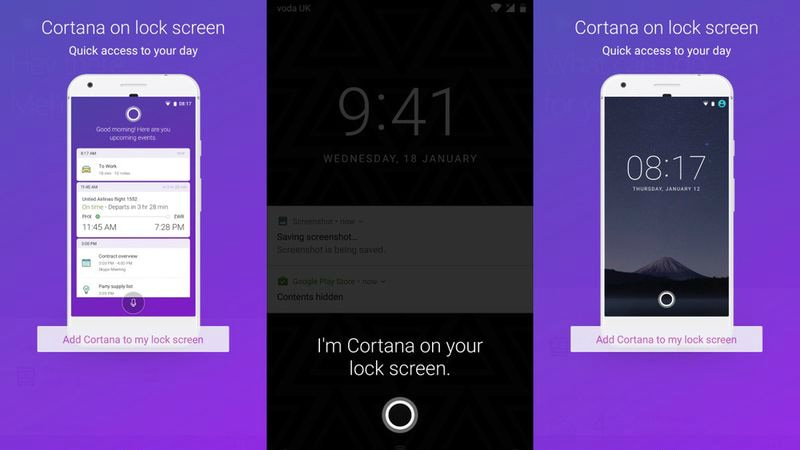 After testing it for months, Microsoft is finally rolling out an update for Cortana on Android that brings the ability to activate the assistant directly through the lock screen. This new feature allows users to access the Cortana digital assistant by just swiping left or right on the Android lock screen. With this, Microsoft is looking to make Cortana more accessible on Android smartphones.

The company has been testing this feature and was even reported to make it live in its next update, which it now has. After updating to the latest version, the app will ask you for permission to enable 'Cortana on the lock screen'. By Clicking on 'Add Cortana to my lock screen', you will thereby create a shortcut for Cortana access on the lock screen. Once all of this is done, the circular Cortana logo will show up at the bottom of your Android lock screen, and by swiping left or right will start the digital assistant immediately.

This is another cunning way Microsoft looks to increase Cortana's presence on other ecosystems. While Google Assistant’s presence on Android smartphones is still limited, Microsoft may want to leverage this limitation to Cortana’s advantage. In any case, Cortana might not be a bad option for all those who miss a digital assistant on their device.

The update also revamps the Home section with more information displayed as soon as you launch the app. This information includes calendar events, weather, travel time to work and more. Also, Microsoft launched Cortana for iOS and Android in Australia as well, making it the third country to be made available in – apart from US and UK. You can download the latest version of Cortana from Google Play here.