Microsoft, Amazon Miss Deadline to Bring Cortana and Alexa Together 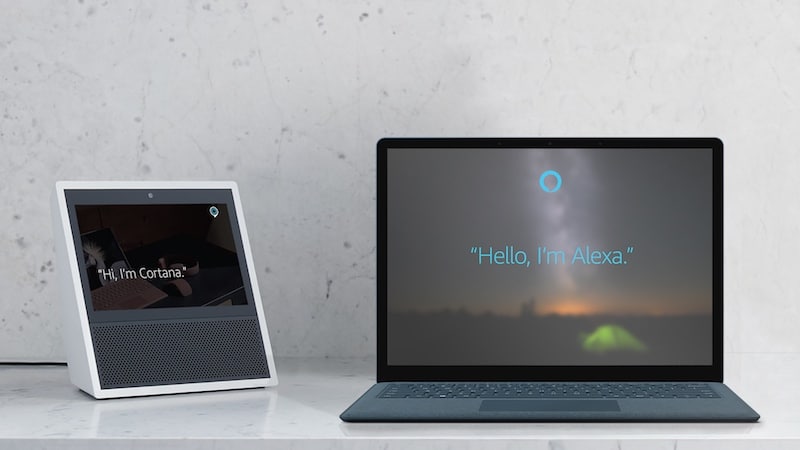 Microsoft and Amazon have missed their year-end deadline for Cortana and Alexa integration announced back in August 2017. The technology majors were supposed to make their digital assistants available on their respective platforms. This essentially meant that users will be able to access Amazon Alexa on Microsoft Windows 10 and Cortana assistant on Amazon Echo devices. During the announcement, the companies mentioned that the cross-platform feature will be available "later this year". However, now that we have entered the year 2018, the companies have clearly missed the publicly announced deadline.

At the time of the announcement, Microsoft and Amazon said that users will have to say 'Hey Cortana, open Alexa' or 'Hey Alexa, open Cortana' in order to use the feature. Microsoft Cortana and Amazon Alexa are competitors in the AI-powered digital assistant segment. However, the move to make the two digital assistants talk to each other espoused ideas for wide-scale adoption of the same for other assistants as well. The decision to integrate Cortana and Alexa will enable Amazon to access Windows 10 in the desktop space and Microsoft will get Cortana on Alexa-enabled devices.

"With Alexa as a guest on Cortana, Cortana users will now have another way of making their lives easier with a great shopping experience," Microsoft had said. It added, "With Cortana as a guest on Alexa, Alexa users will have access to some of Cortana's most useful productivity capabilities that help people stay organised and on top of what's important to them."

The unique partnership was announced by Amazon's Jeff Bezos and Microsoft's Satya Nadella in an interview with The New York Times. Bezos had said that Amazon is open to the idea of opening Alexa assistant to other rival AI assistants, though it had only approached Microsoft until then. He had added that there is no clarity on whether Google and Apple would be interested in integrating digital assistants on their respective mobile operating systems. As of now, Amazon and Microsoft are the only two companies that have opened their voice-enabled virtual assistants that be accessed by third-party companies in their smart speakers.

Microsoft already has a tie-up with Alexa for its Bing search engine. Amazon and Microsoft's partnership makes sense because they have been trying to take on the Google Assistant.

For the people who have been waiting for the unveiling of the new feature by Microsoft and Amazon, the missed deadline will not come as not good news. However, according to a report in Thurott.com, both the companies have said that they are working on the feature and it will be rolling out soon.