As if there aren’t enough places for ads on Android. 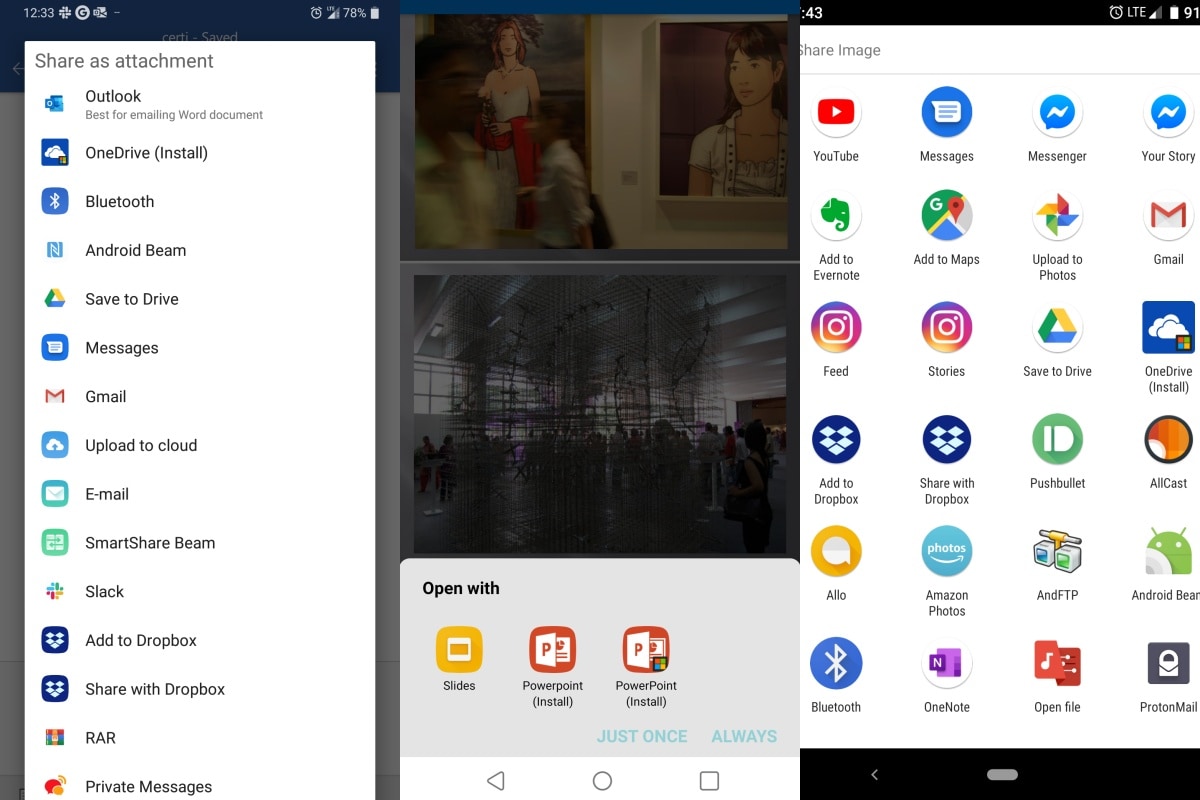 Microsoft is said to be doing this for months now

Microsoft is using the “Share” and “Open” menus in its Android apps to advertise other Microsoft applications. The company is quietly adding extra options to the ones that will normally appear when you are trying to share or open a file from within one of Microsoft's applications. An online publication first noticed this behaviour with the company's Your Phone Companion, an app for syncing Android and Windows devices, and Gadgets 360 has been able to replicate similar behaviour with the company's other apps as well.

These Microsoft advertisements take up essential real estate in the Share and Open menus on Android that would otherwise show the apps that would have come pre-installed on your phone or have been installed by you. Gadgets 360 has spotted this behaviour with three of the company applications – Word, Excel, and OneDrive. While trying to share a file from Word or Excel, the apps show an extra option for OneDrive accompanied by Install in brackets. Tapping on this icon takes the users to the Google Play Store listing of the app. Similarly, when trying to open a PowerPoint file saved in OneDrive, the app would add an extra option for PowerPoint app. In our case, weirdly, the app showed two different ads for Microsoft PowerPoint.

According to a report in Android Police, it is apparently not a new behaviour for Microsoft apps, in fact, it has allegedly been around for months.

This is not all; the company also tries to promote its own apps in the Share menu when you have them installed. Like when trying to share a Word document, the app would not only list its own apps on top, but the Outlook option would be accompanied by “Best for emailing Word document” text.

Although these advertisements don't look like a big deal as Microsoft seems to be the only one doing this right now, but imagine if other developers also started doing the same, then the Share menu would become like Notification Shade on Android devices, filled with more unnecessary crap than actual important notifications. Similarly, for the Open menu.

There is some silver lining on the horizon though. Android Police writes that Google has slightly tweaked the Share and Open menus in Android Q, at least in the beta versions available right now. In these versions, the Share menu in Android Q prominently highlights original app's name, rather than what it wants to show you. So, even if Word would like to promote OneDrive, in Android Q, the users will mainly see Word first, with OneDrive in the accompanying text. This implementation should discourage Microsoft and others from turning Share and Open menus into a gallery for advertisements.