Mi File Manager update also brings a fix for an issue that made icons too big. 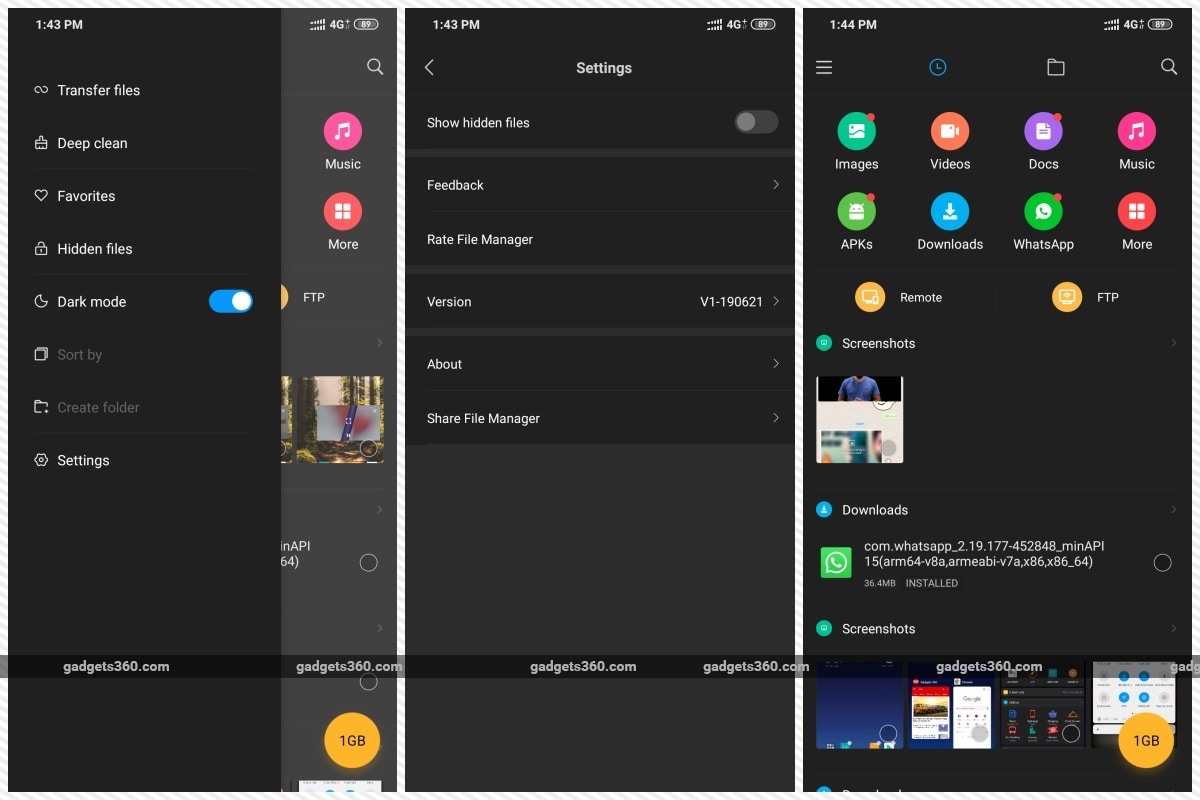 Mi File Manager comes preloaded on Xiaomi phones, but it can also be installed on non-Xiaomi phones

Xiaomi's Mi File Manager has received an updated version in Google Play, which brings a number of changes and improvements to the app. Some of the biggest changes to the file manager include dark mode and UI changes. Xiaomi is still working on a systemwide dark mode for its MIUI operating system and has started testing it as a part of beta update for select smartphones. It is quite possible that the introduction of dark mode in the file manager app is a part of the company's preparation for the wider rollout of systemwide dark mode in MIUI.

As per the official changelog, the Xiaomi's Mi File Manager version v1-190621 brings major UI adjustments, dark mode, and a fix for an issue that made icons too big. The dark mode can be activated using a toggle in the side menu of the MI File Manager. Additionally, the update also introduces launcher shortcuts and ability to create folders and sort items on the Storage page. With the launcher shortcuts, you can jump to clean up storage, FTP, favourites, and search.

The updated version will automatically reach your phone if you have auto-updates enabled in Google Play Store. Or, you can head over to Play Store on your phone to update the app. If you were looking for a good file manager app for your non-Xiaomi Android phone with dark mode support, Mi File Manager is a decent option.