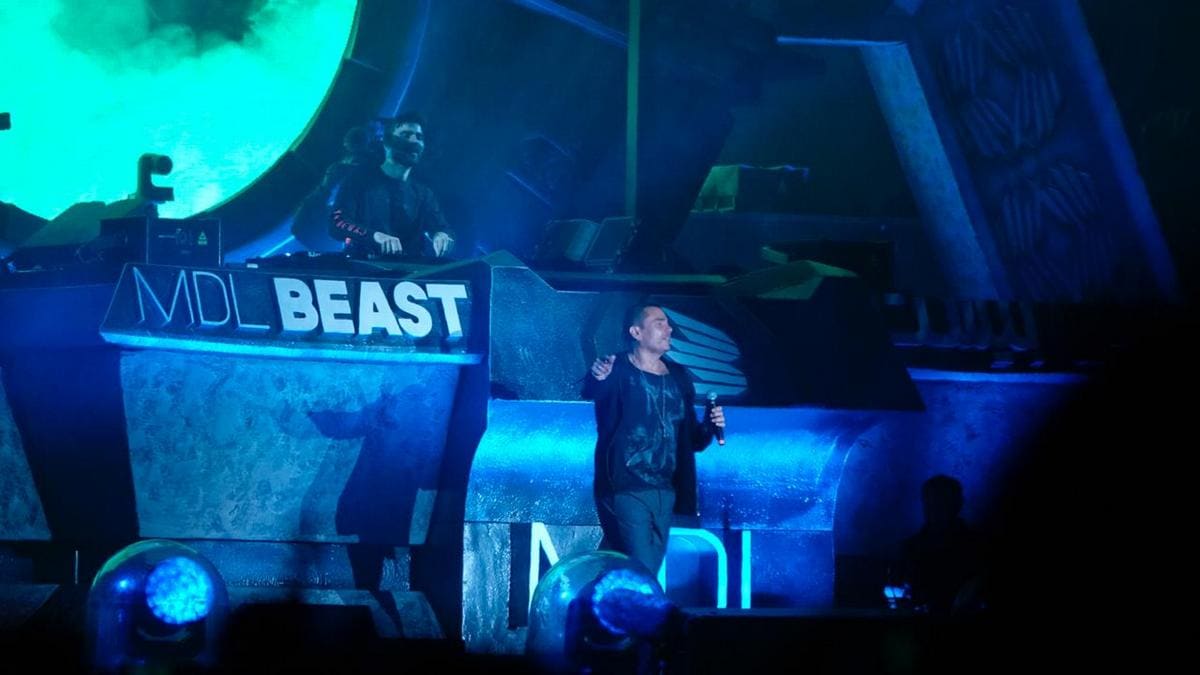 On social media accounts of the followed and famous, the MDL Beast music festival was a rave true to form: fluorescent face paint, flashing lights and a star-studded lineup of DJs that spun dance music into the wee hours. Officially, the festival was "revolutionary," "progressive" and "a remarkable first" - superlatives many of its influencer-attendees reiterated in posts seen by millions of followers on Instagram, Twitter and Snapchat during the three-day concert that concluded Saturday.

What didn't make it into their captions and tweets, however, was any reference to reports that document the human rights abuses of the festival's host, the government of Saudi Arabia.

The event - along with the stars who were invited and possibly to attend - was organised by the kingdom's entertainment authority and is part of its sweeping public relations strategy to showcase its cultural change. But critics say it also serves a much more insidious purpose: to rehabilitate Saudi Arabia's damaged international image after the murder of Washington Post columnist Jamal Khashoggi, and as the death toll in Yemen, where the country is at war, continues to rise.

The people that did attend have abetted that effort, according to journalists, human-rights experts and the influencers who chose not to go.

Posts from MDL Beast's high-profile attendees were accompanied by the visual cues that often indicate a paid partnership. Some used the hashtags #ad or MDL Beast partners or brand ambassadors. Many tagged the festival's Instagram account @mdlbeast in all their flattering photo captions. Festival organizers did not respond to a request from The Washington Post to confirm whether they paid influencers to promote their event.

The American actor Armie Hammer posted a series of photos to Instagram, where he has 1.2 million followers.

"What I just witnessed was truly special," he wrote. "It felt like a cultural shift. A change. Like Woodstock in the 1960's."

But in the days since the event ended, others have been quick to point out the kingdom's ongoing restrictions of women's rights and the crackdown on political dissent that Crown Prince Mohammed bin Salman has overseen - even as the government pursues projects like MDL Beast, which would have been unthinkable only several years ago.

The country just recently began to allow women to drive and, in August, a royal decree for the first time allowed women to travel without the permission of their husbands or a male relative. It took months for the government to release women's rights advocates who it had arrested and detained before those changes on what Amnesty International called "bogus charges." Loujain al-Hathloul, among the most prominent activists, has been imprisoned for a year and a half.

As Western festivalgoers arrived in Riyadh in varying states of undress, the activist Rana Ahmad said Saudi women, forced to wear abayas and headscarves, would never be able to appear in public so dressed down.

"They enjoy their freedom here, while Saudi women are suffering and watching!" she wrote on Twitter. "It's really the worst feeling that you can't be free and treated differently just because you're a Saudi women!"

The event was the weekend before the government announced that five people would be put to death for the 2018 killing of Khashoggi. The sentence, handed down on Monday, spared the two most senior officials implicated in the case, including an adviser to Mohammed, whom the CIA concluded last year had ordered Khashoggi's assassination.

Among the most vocal critics of the music festival and its brand ambassadors was Karen Attiah, a Washington Post opinion writer and Khashoggi's editor at the time of his death.

"The dark side of influencer culture is that it really is the ultimate expression of capitalism. Money over human lives," Attiah wrote on Twitter. "What good is your platform if you overlook Saudi regime's murder and torture for a few bucks?"

Attiah, who is writing a book about Khashoggi's work for The Post, called the influencer's financial kickbacks "blood money."

Also vocal in their criticism was the duo behind the Instagram account Diet Prada, which serves as a kind of watchdog over the fashion and beauty industry. In a weekend post, Diet Prada called on its 1.6 million followers to draw attention to the influencers who may have accepted money to promote the festival.

In a statement posted to social media, Ratajkowski said that she turned down a paid invitation to attend and promote the festival even though she has "always wanted to visit Saudi Arabia."

"It is very important to me to make clear my support for the rights of women, the LGBTQ community, freedom of expression and the right to a free press," Ratajkowski wrote. "I hope coming forward on this brings more attention to the injustices happening there."

Transgender model Teddy Quinlivan claimed in an Instagram post that the Saudi government had paid influencers to "positively promote travel and events" to the country and wrote that any influencer who was "promoting tourism to a place [that] openly kills journalists and LGBTQ people" was a "sell out."

"Extremely, profoundly disappointed to see people on my Instagram feed who traveled to Saudi Arabia as part of their government's image rehabilitation campaign," former Out editor and current GQ columnist Phillip Picardi wrote on social media. He encouraged any influencers who were unaware of Khashoggi's murder or the "ulterior motives" behind the Saudi government's invitation to call their agent, whose job, Picardi said, is to do risk assessment and research before accepting a paid partnership.

A image of a Glamour UK Instagram story that advertised the MDL Beast festival also circulated. The post was labeled as a "paid partnership" with the event organizers. Representatives from Glamour UK and it's parent company, Condé Nast, did not respond to a request for comment from The Post.

In response to criticism from the Diet Prada account, Bollywood actress Sonam Kapoor said she wished to "agree to disagree."

" . . . Let's appreciate that the whole world is" problematic right now and "any step forward is something that I want to celebrate," she wrote in an Instagram post. "I was treated with immense respect and love as a Hindu brown female actor."

American actor Ryan Phillippe has also defended his attendance in the comments of the photos he posted to Instagram from Saudi Arabia. When a user asked him if he was getting paid to post about the festival, Phillippe did not answer the question but said he was traveling to "many places in the mid east."

"Find me a country without issues, I'll wait," Phillippe wrote. " . . . Things are changing and progressing rapidly in KSA and the people are lovely. Pay attention and quit virtue signaling, princess."

40 Million-Year-Old Star With Massive Gas Disk Discovered
Twitter Pulls the Plug on Animated PNG Files Amid Safety Concerns: All You Need to Know