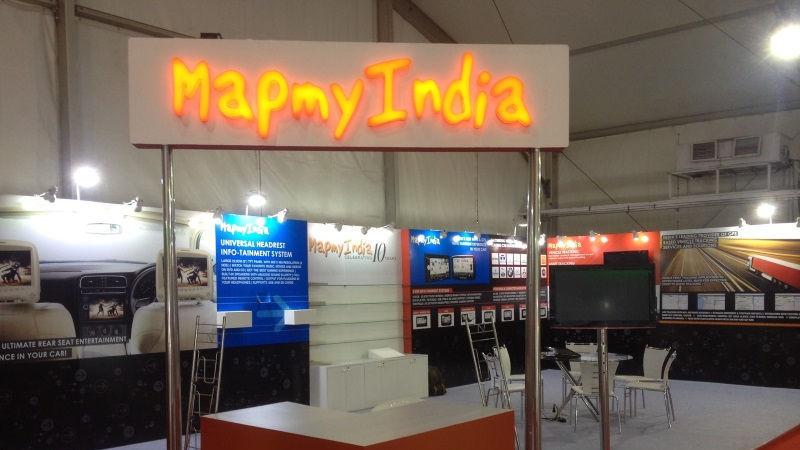 Maps and navigation service provider MapmyIndia announced a new app and map-powered keyboard on Monday, but also announced the next generation of its RealView technology, a Google Street View competitor. Street View was denied permission in India by the Home Ministry, creating a niche for companies to fill.

MapmyIndia says that it will be an all-India map of the outdoors and indoors areas, in 360-degrees and 3D, with the mapping data captured from on the ground and through satellite imagery. At the same time, the company continues to stress on its eLoc initiative - essentially a shortcode for physical addresses.

Apart from this, the company also announced a large number of partnerships. These include partnerships with ISRO, Reverie technologies, Idea Cellular, Udacity, and Aatapaha.

With ISRO, it has partnered for satellite data, while Reverie is working with MapmyIndia on language localisation. With Idea, MapmyIndia has partnered to provide logistics tracking solutions. Idea Business Solutions (IBS) has been working very closely with the manufacturing and logistics industries in India for addressing their requirements, and has come up with a GSM based tracking solution powered by MapmyIndia's map data.

With Aatapaha, MapmyIndia is working on a solution for street light automation. Aatapaha recently won an order for street light automation in India from EESL (Energy Efficiency Services Limited). This project is to automate 1.5 million street lamps across India with over 19,000 CCMS panels. The two companies have created a GPRS based centralised control and monitoring system.

"Our partnership to promote the cause of energy efficiency in India is just the beginning of a long-term association with MapmyIndia as we develop smarter solutions to increase efficiency of resources across cities and households," said Aman Chawla, founder of Aatapaha.

At the same time, the partnership with Udacity will help strengthen the ecosystem for self-driving cars, said MapmyIndia, providing training to students and helping recruit professionals in the field.

"We are extremely excited to be the first edu-tech company to have launched the self driving nanodegree on a global platform," said Ishan Gupta, MD India, Udacity. "Our courses on AI, self driving and machine learning are an initiative towards creating a robust workforce for dynamic job roles."

"MapmyIndia’s mission is to make the world better through maps and location technologies," added Rohan Verma, Executive Director and CTO, MapmyIndia, saying, "One and a half years ago we announced our bold initiative to build a map so advanced it can power super-safe self-driving cars using our stack of maps, software and sensors, and we introduced our revolutionary RealView service which captures, recognizes and published the real world in photo-realistic clarity in full 360 degree and 3D. We believe the time is right to take the next step of bringing suitable safety-first self-driving technology to vehicles, road infrastructure and cities in India."