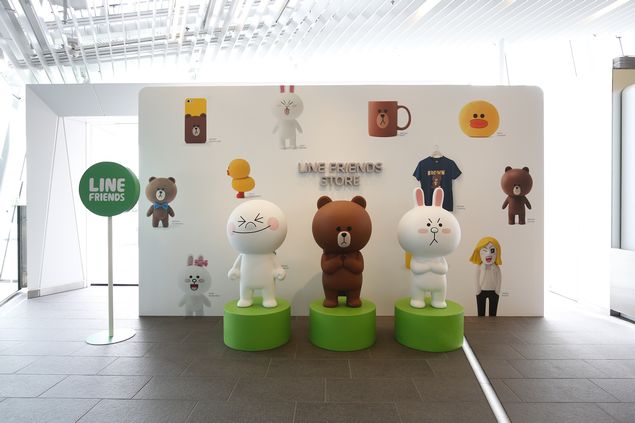 Popular messaging service Line recently held Line Conference Tokyo 2014, where it made several announcements about its existing and upcoming ventures. In a statement, Line said it has 170 million monthly active users, from a total of 560 million users. Apart from its digital ventures, Line announced that it will be launching offline ventures in certain regions.

The company is planning a foray into the mobile payments business with Line Pay, which is scheduled to launch in "winter 2014". This will enable users to pay for different services using the Line app on iOS or Android. Line Pay will also let users split the cost through a feature called "Share Payment". Line Pay will support Touch ID on iPhone 5s, 6 and 6 Plus, and other forms of two-factor authentication on Android.

Starting autumn 2014, Line plans an expansion of its Line Game platform and will launch several games such as Line Pop 2, Line Puzzle Trio, Line Chronicles of Albion, Line Legion of Heroes, among others. Line has also announced a fund for game development companies based in Japan, called Line Game Global Gateway. The first recipient of this fund will be a firm called Translimit Inc. The company has also announced it will be establishing two new game development companies, co-funded by GREE and Cyber Agent.

Regarding offline ventures, Line announced that it will enter the commercial taxi industry in Japan with Line Taxi. The service is scheduled to launch in December 2014. The company says people in Japan will be able to order taxis from within the Line app and pay using Line Pay. This service will be unveiled in collaboration with Nihon Kotsu Co., Ltd, according to Line. A related announcement is the launch of Line Maps, a service that will help people navigate to and from locations, apart from within buildings such as department stores and commercial establishments. This service is scheduled for release in Japan in autumn 2014 on Android.

The company is also planning to enter the food delivery business in Japan with a service called Line Wow. The deliveries will be handled by a company called Line Bros., which has been founded as a joint investment with Woowa Brothers Corp.. Woowa developed Korea's largest food delivery app "Baedal Minjok", Line says.

Line also announced that it will launch paid official accounts targeted at celebrities who wish to communicate with their fans. Line says these accounts will let people target their core audience and the payment for this will be through Line Pay. This is scheduled for release only in Japan this year.

A similar service was also announced, called Line Official Blogs, which would give artists and other celebrities a platform for promotions and merchandising. The Japanese firm also announced the Line@ ID and Line@ app, meant for offer an avenue of communication between users and customers.

The company also announced the Line Music service, with a planned released for Japan sometime this year. The music streaming service will be run by a newly-formed Line Music company, which will be established through triple investment of avex digital, Sony Music Entertainment, and Line Corporation.