LG, Sony, 18 Other OEMs to Preload Microsoft Apps on Their Android Tablets 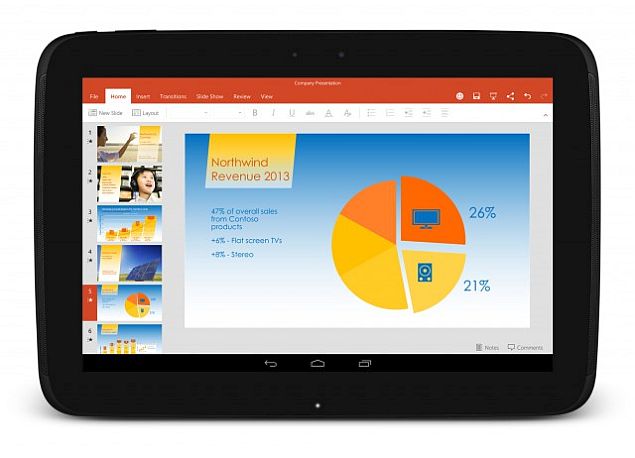 Microsoft, after announcing partnerships with Cyanogen and Samsung to get its productivity app suite pre-installed on their devices, has now expanded its strategic agreements to add 20 more partners including global players - LG and Sony.

The 20 new OEM partners will pre-install Microsoft's productivity applications and services - Word, Excel, PowerPoint, OneNote, OneDrive and Skype - on their Android tablets in the future. The Redmond giant revealed the Microsoft suite of apps will be available on a new LG tablet while Sony will feature them on its Xperia Z4 Tablet in the next 90 days.

Announcing the news, Nick Parker, Corporate Vice President, Original Equipment Manufacturer Division, Microsoft said, "In March, we made access to Microsoft apps and services on mobile devices easier for customers by announcing strategic agreements with global OEMs Samsung and Dell, eight regional OEMs and top original device manufacturer Pegatron to pre-install Microsoft Office and Skype on Android tablets. Today I'm excited to announce that 20 additional global and local OEM partners, including LG, Sony, Haier, Positivo and Wortmann, will make Microsoft productivity applications and services available on their Android tablets. These 31 partners will offer Android tablets pre-installed with Word, Excel, PowerPoint, OneNote, OneDrive and Skype in the near future. They will be available on a new LG tablet, and Sony will include them on their Xperia Z4 tablet in the next 90 days."

He added, "Our strategic agreements with these partners demonstrate how Microsoft is leveraging the scale of the hardware ecosystem, and working with partners in new ways to deliver rich experiences to our customers. This is a cornerstone of our cross-platform services strategy, to bring an array of Microsoft services to every person on every device."