LG smart TVs in 80 markets will currently be getting a beta test for Nvidia GeForce Now. 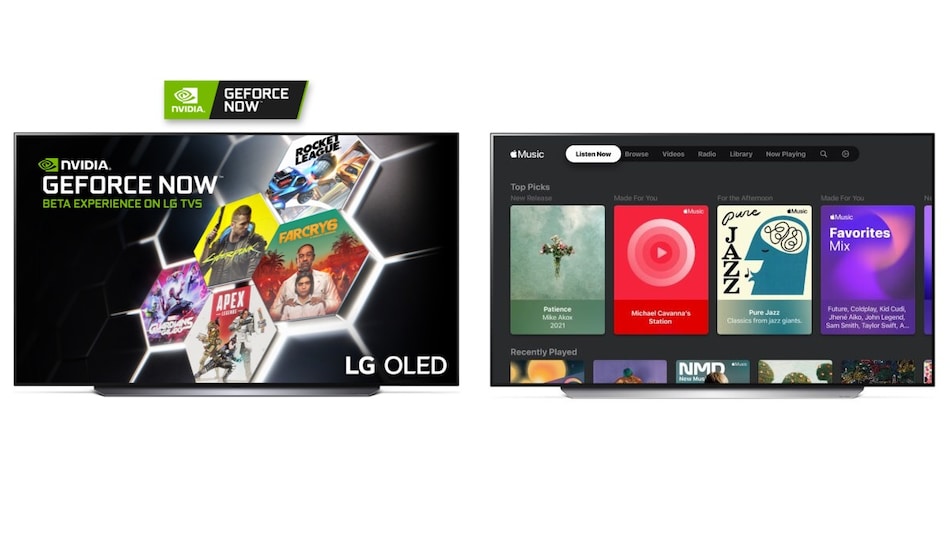 LG on Thursday announced that it is partnering with Nvidia to provide GeForce Now cloud gaming service to its TV users. The cloud gaming app will initially be offered as a beta test to users on select LG TVs. Furthermore, the South Korean tech giant has also announced that its TVs will also get a native app for Apple Music. Apple's music streaming service will be offered for free for a limited time for new subscribers. Both these functionalities require the LG smart TVs to run the company's webOS.

LG on Thursday announced that its 2021 LG 4K OLED, QNED Mini LED and NanoCell TV users in 80 markets will be able to access the beta test for Nvidia's cloud gaming service — GeForce Now. This will give access to users to play more than 35 free-to-play games with a compatible controller. Some of the games available to beta testers include Rocket League, Destiny 2, Marvel's Guardians of the Galaxy, and Crysis Remastered Trilogy. Players will be able to experience these games at up to 1080p resolution and up to 60 frames per second.

Separately, LG also announced that users will now be able to download the Apple Music app on their LG smart TVs running webOS 4.0 or higher. The music streaming app from Apple can be downloaded from LG Content Store. Once the app is downloaded, users can either sign-in to their Apple Music account or alternatively, sign up and avail free three months of subscription.