Kindle Vella will first be available on the Kindle iOS app. 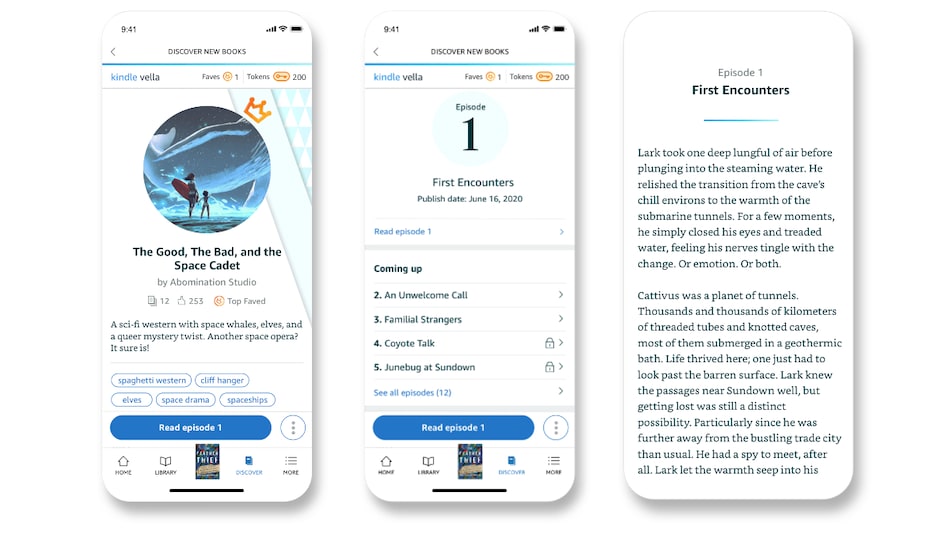 Kindle Vella, a new storytelling option, has been introduced by Amazon for readers on the Kindle app. This new service will offer a new way to share serialised stories with readers over an extended period. These episodes can be purchased by readers through tokens that need to be bought from the in-app store. Readers will have access to Kindle Vella stories in the Kindle iOS app and on Amazon.com by mid to late July. This feature will first be available to US-based authors only.

Using this Kindle Vella feature, US-based authors can publish serialised stories, one short episode at a time, to keep their readers hooked and purchase tokens as they go along the journey. Amazon recommends that Kindle Vella stories should be written specifically to be released in a serial format, one 600–5,000 word episode at a time. The author stands a chance to earn 50 percent of what readers spend on the Tokens that are used to unlock the story's episodes. The number of Tokens needed to unlock an episode is determined by the episode's word count at the rate of one token per 100 words.

There is no clarity on when Kindle Vella will be available for Android app users. Amazon is expected make an announcement on an exact date for Kindle Vella rollout soon.

Twitter May Be Working on Tweet Reaction Picker, New Privacy Features to Control Unwanted Attention
Windows 11 May Be Available as a Free Upgrade for Windows 7, Windows 8.1 Users