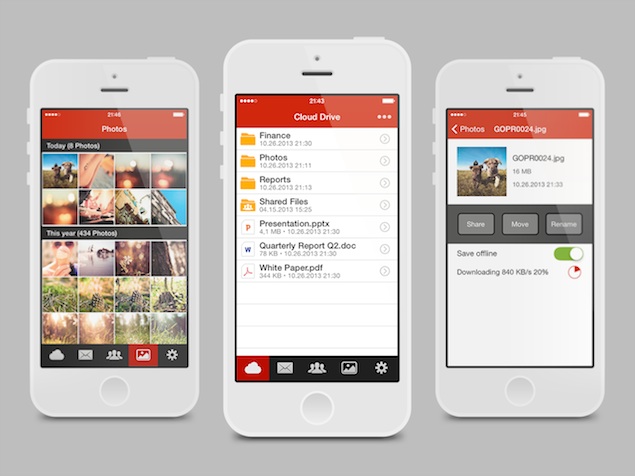 The Mega iPhone app allows users of the service to browse and manage their Mega cloud storage account and perform fast file transfers.

Mega has said that it will soon introduce a Photo sync feature and bring support for the iPad.

The Mega app for iPhone also features in-app purchases, allowing users to upgrade their storage space and bandwidth quota by subscribing to Mega Pro with a monthly or yearly subscription.

The app offers a $10.99 per month subscription and a $119.99 per year subscription. The Pro subscription gives 500GB of storage space and 1TB of bandwidth per month. The subscriptions are renewed automatically for successive subscription periods of the same duration and at the same price as the initial period chosen, if users opt for them.

Users can also switch off automatic renewal of their Mega Pro subscription, 24 hours before their next subscription payment is due via their iTunes account settings page.

The Mega app for iPhone is available for download through the App Store.

Mega had released (read re-launched) an Android app in July. It was essentially a third-party client which was acquired by the file-sharing service and repackaged as an official app. It also supports automatic picture uploads through the phone's camera. The company had said that it's also developing a Windows version of the app for syncing files with Windows PCs.

Mega competes with the likes of services such as Dropbox, Box, SkyDrive and Google Drive. It offers 50GB of free cloud storage space and claims that it's more secure.
Comments